To me, it looks like Spring Break in the French Quarter. But then again, I’m not well-traveled and have never seen a Brisbane Parade before. This image was taken on January 26th, aka Australia Day, clearly a warm day down under. It’s a national holiday, marking the anniversary of the 1788 arrival of the First Fleet of British ships at Port Jackson, New South Wales, and the raising of Great Britain’s flag by Governor Arthur Phillip.  And they celebrate with bikinis and floats, as Governor Phillip would have wanted. 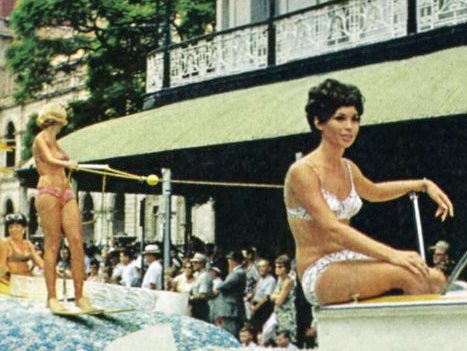 5 thoughts on “Spring Break, She Is A’Coming”