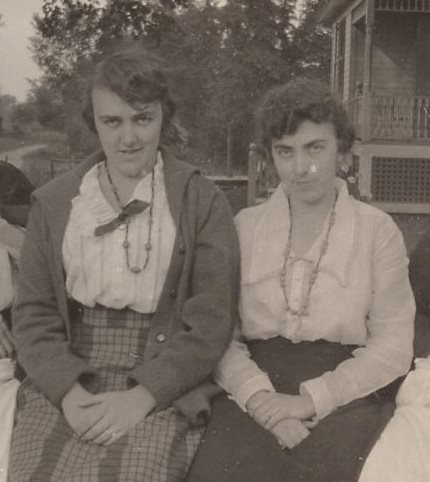 Those eyes prove these two are related. Probably sisters–sandwiched between a stern mother and a less terrifying sister. Clasped hands, similar necklaces, and those eyes that stare up and out with…what? Mischief? Sorcery? 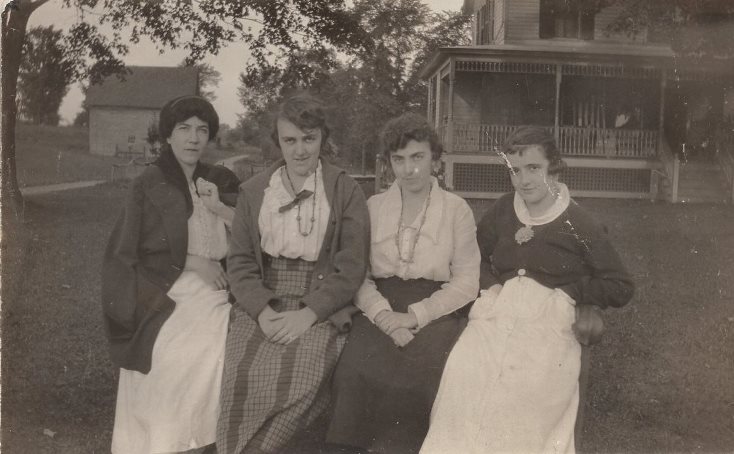 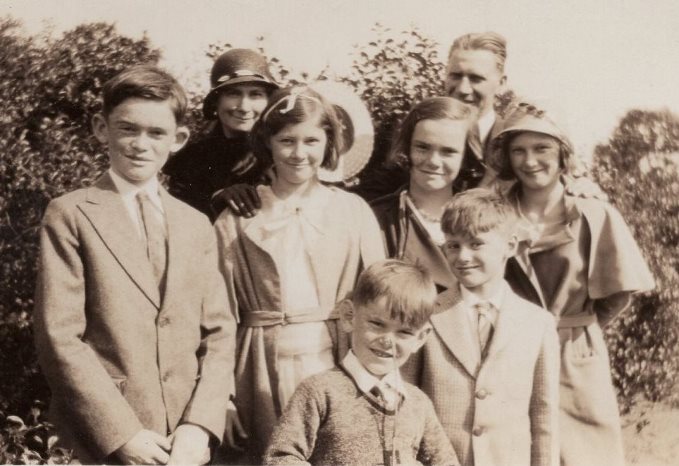 BTW, this artwork was done by Dick Sargent, the prolific Saturday Evening Post illustrator, not to be confused with the second actor to portray Darrin Stephens on the ABC’s fantasy comedy Bewitched. 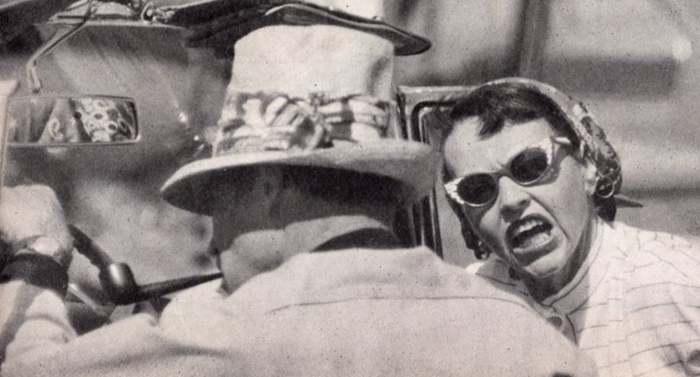 In the spring of 1958, LIFE photographer Russell Halford took a series of photos of Los Angeles motorists.

Some were happy to offer a light.

And some were dangerously mid-beauty routine.

As an aside, note the nub shown through her window. That’s how we used to lock car doors. You could push them up and down.

Five years after he’d left the White House, Truman (not visibly flanked by any Secret Service) took a monthlong Mediterranean tour. Here, he walks through the alleys of St. Paul de Vence. Behind him are his traveling companions, Mr. and Mrs. Sam Rosenman.

Other vacations were less formal, like this trip to Key West, Florida in November of 1951. The man holding up swimming trunks is General Harry H. Vaughan.

Doesn’t he look happy as a clam in the Key West “chow line” for lunch?

Nothing slowed old Harry down.

President Truman didn’t pass until the day after Christmas of 1972 at the age of 88. His wife, Bess, outlived him by another decade, making her the oldest living First Lady to date.

Here they are with daughter Margaret in the lounge of the American President Lines’ President Cleveland, April 28, 1953, before sailing for San Francisco and home after a one-month Hawaiian vacation.

Barb was feeling solid that day. Clem had his good tie and hat on (the one that covered his high and tight, Macklemore-y, I was Fascist when Fascist wasn’t cool haircut), and the world was alive with possibility. The homestead was thriving. The fence posts were fenceposting. Barb threw caution to the wind and climbed aboard the fence and didn’t even care if the wire cut into the flesh of her palm. Her dress was fierce, her hair was amazing (think early Peanuts Lucy). What’s a little blood in the scheme of things?

No doubt about it, this shot was taken in Texas. Although the man dead center has the look a mafia don caught red-handed in whatever deal is going down in that car, the other fellows seem amused. And the feller on the left with his boot propped up on the fender, well, he seems downright smug. Who wouldn’t be, with such a swoopy hat?

I have so many questions about this image. Some simple assumptions would be that this couple is celebrating their 50th wedding anniversary. And by the lettering to the right of the cake, I’ll assume the wife is named Cora. But why is she wearing a dress and pearls, when he is wearing a robe and boutonnière? Is that a cake or just a heap of whipped cream? Is it melting? And what is that brick before the cake? Surely it’s not napkins. 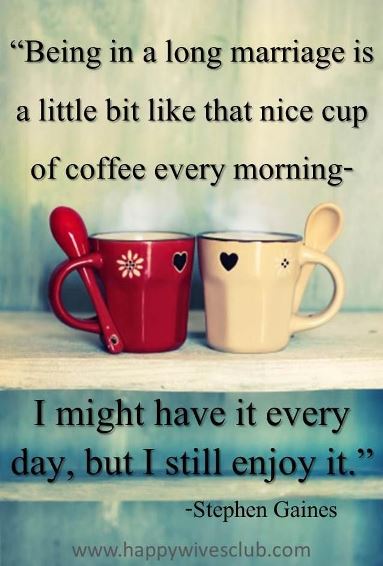 Another antique mall pic with zero information. By her bob, I can guess it’s the 1920s. I love the clarity in this one, and their small smiles. They seem so relaxed and content.