Oh, Libby. I don’t know who or where you are, but I know you are misleading America. I remember a jingle about “Libby, Libby, Libby on the label, label, label” and now I imagine your name was said thrice as folks were shaking their heads at atrocities such as this. I think we can all agree that a mom who throws a can of corn on deviled eggs “in hot, undiluted cream of mushroom soup” (as indicated below) is dialing it in. And peas with salmon chunks? I am nigh on the verge of regurgitation, Libby. 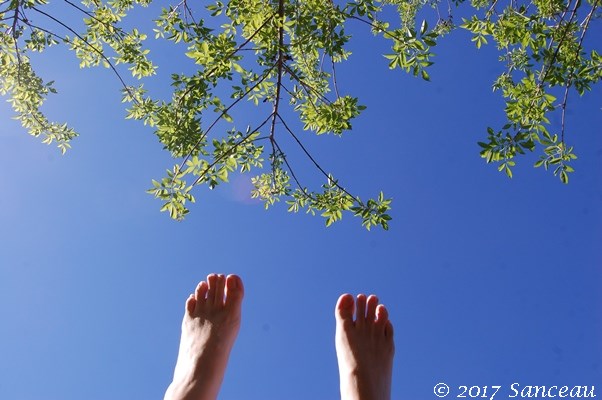 Do you recognize the middle boy, flanked by siblings Catherine and Dick in the 1930s? Former magician, DeLorean investor, proficient drummer, and lover of Wint O Green Life Savers–are you getting warmer? How about Nebraska-raised?

We used to watch him every weeknight.

Austin KNOW radio announcer Jimmy Nummy appears to be barraged by microphones here. One is even propped against his noggin. In 1927, KNOW became Austin’s first commercial radio station, but had signed off by 1989. Did you know that broadcast call letters in the USA begin with either “K” or “W”, with “K” usually west of the Mississippi River and “W” usually east of it? Does that apply to your city? Maybe not, if you live in Louisiana or Minnesota, who go rogue and don’t always follow the dividing line. Here’s a KNOW ad from 70 years ago.

While Nummy’s name may not live in infamy, one itsy bitsy reference is made to him in the memoirs of Ray Campi (aka “The King of Rockabilly”). It’s such a fun read, I thought  I’d share it.

It was a great thrill to witness my first recording session in 1950 and to meet ‘Cactus’ Pryor who was to become a family friend to this day. I had already heard one of his records on the radio called Jackass Caravan which was a funny parody of Frankie Laine’s Mule Train, also a hit by Tennessee Ernie, a record my dad bought at Woolworth’s. “That sure was a funny record Cactus has out,” I remarked to my friends. “I hope someday I can make a record.”

…One of my first completed audio discs was a song I wrote called Disc Jockey Cactus. I took this demo record to Mrs. Macy Henry of Macy’s Records in Houston along with a few other original tunes, hoping for my first record release. The lady patiently listened to my painful playing and high-pitched singing and wisely rejected me as Macy’s Records’ new singing sensation. “Come back in about ten years after your voice has developed and I’ll give you another listen. You might have something there in that disc jockey song,” she said encouragingly…

On that interesting afternoon in the KTBC studio, records were being recorded for 4 Star…I heard the band rehearse and get ‘takes’ of Flying Saucer Mama, and Rag Mop. Jesse’s rendition of the latter tune was a ‘cover’ version of Johnny Lee Wills’ hit on Bullet Records. I recall that all the musicians went into another room to listen to the original hit and came out practicing the lyric “do-di-lee-da-da-loo-di” over and over. The music and singing were all cut together with the band singing off-mike where they were standing. I seem to recall that Jesse did Flying Saucer Mama that day and last up was Cactus with his tune which was Hog Calling Champ Of Arkansas. He requested a double bass on this one and a call was made to Hub Sutter who had finished his radio show at nearby KVET. His bass player, Joe Ramon, who had been a member of Jesse’s band previously, entered the studio cradling his instrument. This tune was somewhat complicated as it contained a key change in the middle when Turkey In The Straw had to be played during the hog calling sequence. A staff announcer named Jim Nummy and Hub Sutter had an interchange with Cactus. (www.bear-family.de)

So there you go! It’s not exactly 15 minutes of fame, and it’s not exactly exciting. But it’s better than calling him “Ol’ What’s-His-Name!” And if you’d like to take a listen to “Hog Calling Champion of Arkansas,” click here.

It’ll be stuck in your head all day!