Things not living (even though he was last month): Abe Vigoda on Late Night With Conan O’Brien.

Who is the oldest person you know? A WWII veteran? A great-aunt? How old do you want to live to be?

Confidence goes a long way toward getting chicks, and this lion’s-maned manmeat has it in spades–or checkers. The trousers can’t be Sansabelt because there is most definitely a belt, in all its gleaming white glory.

It’s such a shame that I was in cloth diapers when these handsome hotties from 1974 were swinging and single. How could a gal ever choose just one?

Those mutton chops, that ‘stache, the white groin pockets, the button fly–it all means business.

My stars, evidently the candy man can with his supersized camera. I feel like we caught him in the middle of a shuffle ball change.

All I know is he mixes it with love, and makes the world taste good.

Betty Beach is one of the country’s thousands of women who’ve recently gone into necessary civilian service to release a man to fight. And she loves it! It has meant telescoping her life…making the most of every minute. For her beauty care, she’s sticking to DuBarry Beauty Preparations…first introduced to her in the Famous Success School Course.

I don’t get it. She uses make-up to keep her nose “pretty” so that the pilot will find her attractive? What on earth?

The most vexing part of this picture to me is not the dangerous Footloose scene that comes to mind; it is the fact that it is midnight. Yes, this was the “midnight sun” in Anchorage, Alaska during the summer months of 1988. Broad daylight be damned, denimed young people were still making bad decisions, not the least of which was jacking up their trucks, as well as inviting passengers to sit in lawn furniture with the tailgate down. Courting disaster. 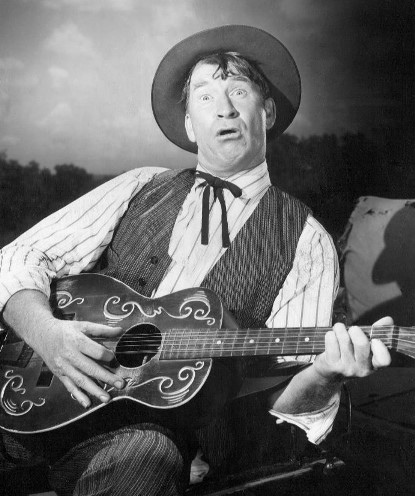 Actually, there’s no need to “Netflix and chill” when a Chill Wills flick is on the tube. It demands your full attention. The colorful, guitar-strumming character actor above was a 43-year film veteran, whose career was defined by numerous cowboy roles, including Giant, The Alamo, and McClintock!

Chill Theodore Wills was born on a hot July day in 1902 in Seagoville, Texas. A musician from his youth, he performed from the age of 12 with tent shows, in vaudeville, and with stock companies.

He formed a musical group, Chill Wills and His Avalon Boys. During an appearance at the Trocadero in Hollywood, they were spotted by an RKO executive, who featured them as a group in several low-budget Westerns. His first movie, It’s a Gift came out in 1934, and led to a prominent appearance with both The Avalon Boys and as the bass-singing voice of Stan Laurel in Way Out West (1937). Soon…

Ever wonder how it is that every full-service Mexican restaurant has ample sombreros to place upon each birthday patron’s head? Now you know.

These milliners are ankle deep in straw hats of different weaves. Do you own one, tucked into the back of your closet? No? Have you ever been the lucky sap beneath the hat at a Mexican restaurant? I have. At the place we patronize each Sunday after church, they chant a generic name to the birthday boy or girl. “Happy BIRTH-day, Panchito, Happy Birthday to you!” And then Panchito gets complimentary fried ice cream.

Elephants enjoy the sea at Sanary on the French Riviera. Visible in the upper right-hand corner is the big top of a traveling circus, which visited the port each summer. 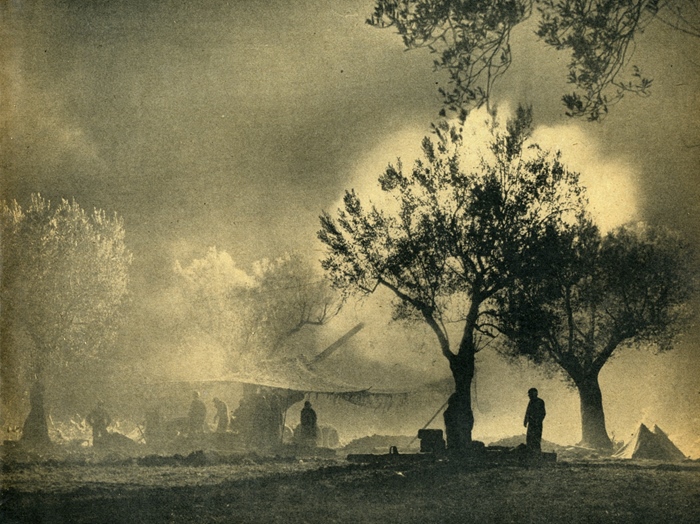 A burst from an American 155mm gun illuminates a poplar grove during a night shelling of German positions at Mignano Dec 2. Much of the fighting on the front has taken place at night. Germans say the Americans never sleep.

In 1944, rats were ravaging farms, gnawing into sill beams, eating poultry and eggs and consuming livestock feed. Rats were estimated to destroy $45 worth of food a year, at a time when chicken and livestock feed were hard to come by.

Little Robert De Glopper was made of sturdier stock than children these days, and consequently made himself quite a profit at 3 cents per dead rat. Ten rats an hour would match the minimum wage of 30 cents.

Can you imagine if today’s town clerks had to count rat tails?

War bond prizes were given to the boy or girl who 1) killed the most rats, 2)the heaviest rats, or 3) the ones with the longest tails. Such fun before TV and video games existed! Even dogs and cats were cited for meritorious work.