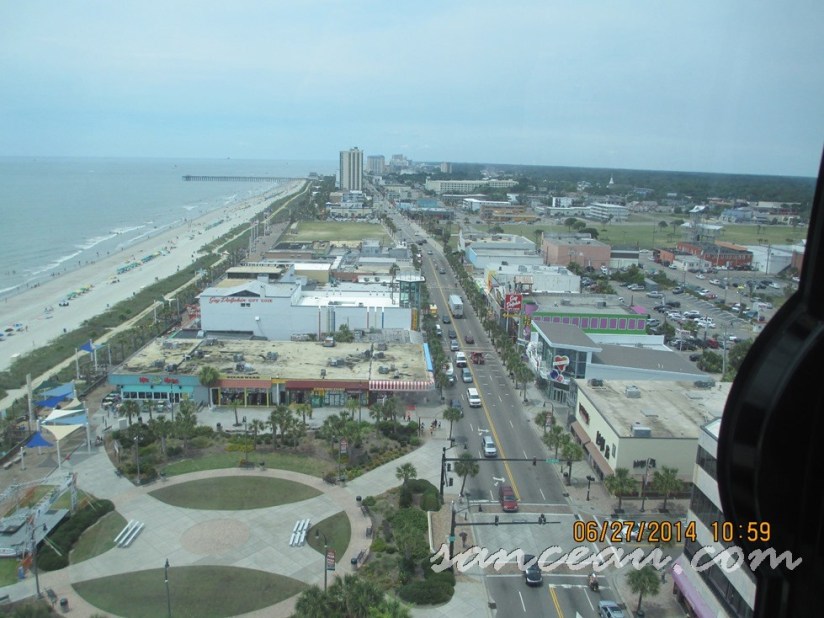 As stated in yesterday’s post, we ponied up the money to ride the famed SkyWheel in Myrtle Beach last week. At 187 feet tall, it’s the second-tallest extant (what is extant?) ferris wheel in the U.S. of A., after, OF COURSE, Texas. We stood in line in the early afternoon, when the wait was only about ten minutes, the time that it takes for the 42 “gondolas” (they don’t look like gondolas) to make three revolutions.

At night, it is lit with over a million LED lights, but it also costs more at night. I took this pic on the eve that we arrived. The multicolored prongs you see held some sort of bungee jumping device, from which one could hear shrill screams. 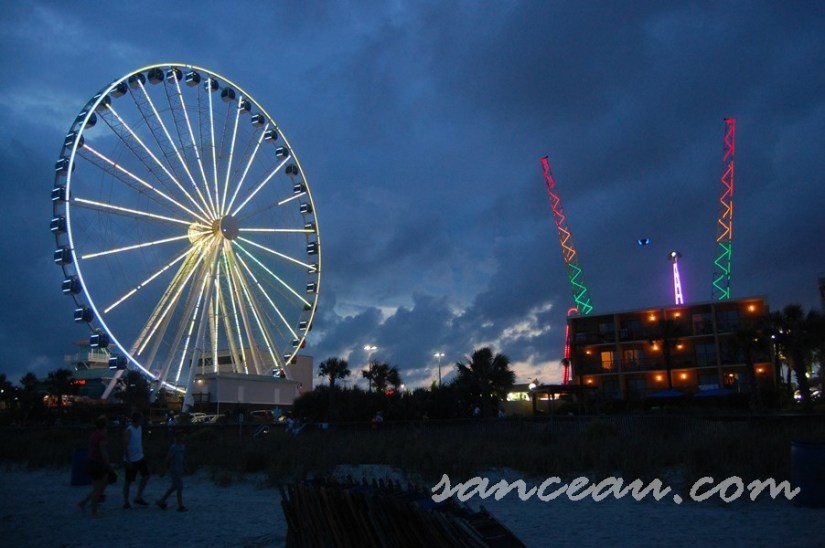 Not being a fan of heights, I was none too eager to board the spinning vessel. But when in Rome, as they say. I couldn’t not ride it; we were right there, after all. I sat quite still on my bench, searching for non-existent handles. To my right and left was glass. Just glass. Soon the parking lot became smaller. 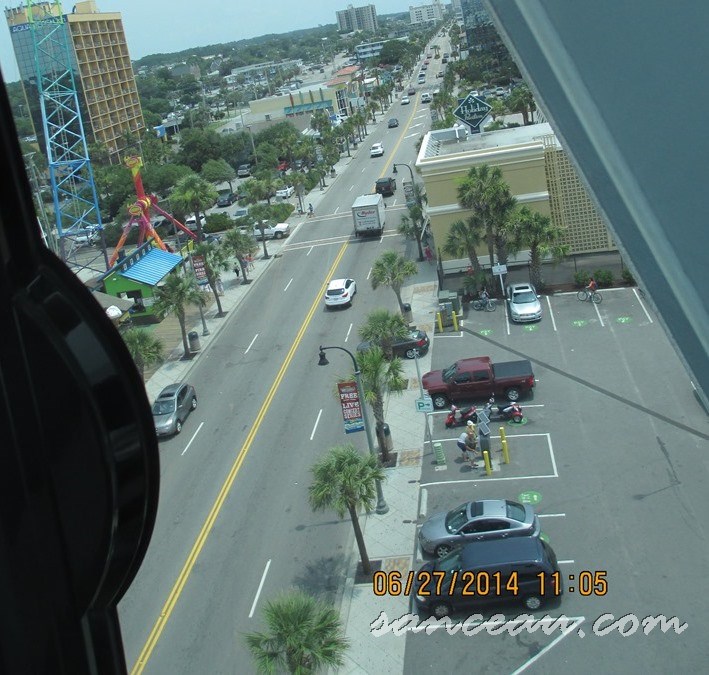 To the north, I watched the beach extend, tallying up the price of our vacation (about three month’s salary, the price of a wedding ring), and multiplying that by every figure I saw on the coastline. Myrtle Beach was raking it in. 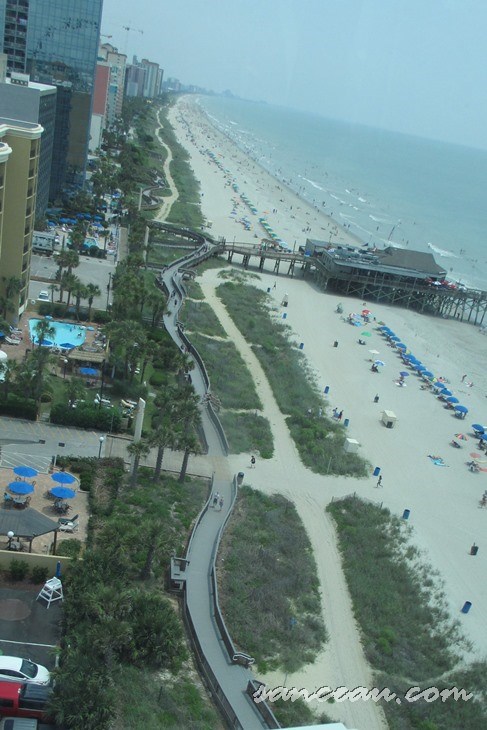 To the south, the sand and surf continued. And by the way, the price to “rent” one of the beach chairs? $32. Seriously. That did not include an umbrella. 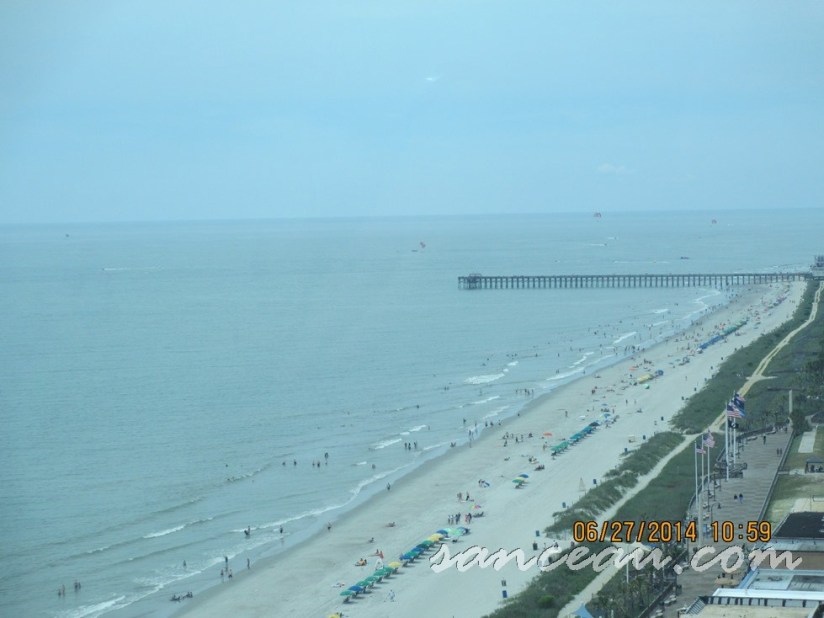 A plane flew by, advertising one of the many attractions.

Soon we were eye to eye with the skyscrapers. 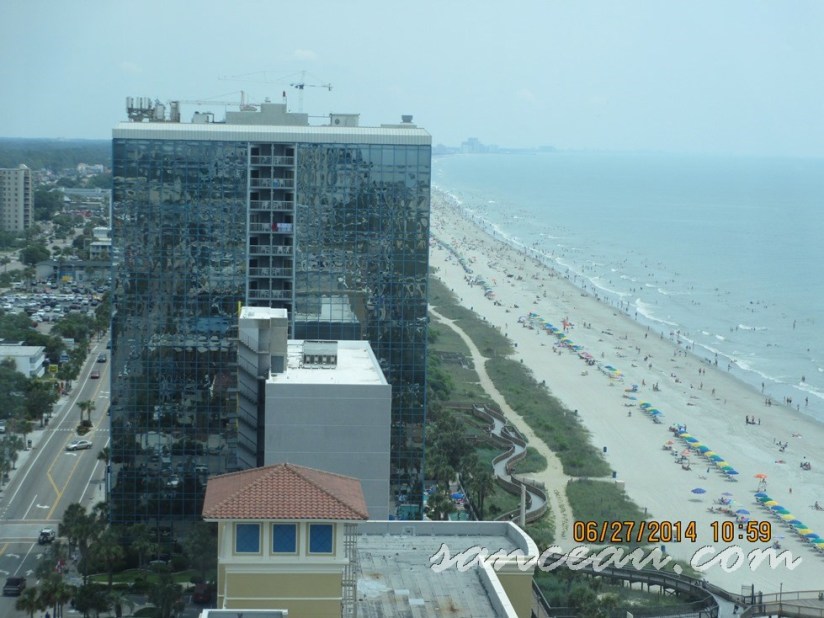 By that third revolution, I felt fairly comfortable in my bench, nearly certain we would not topple out over the side and splatter on to the pavement. When we finally touched down to earth again, we were forced to exit through the gift shop, where teens stood with fully-developed pictures of you and your family (taken at a green screen just prior to the ride). A poorly-PhotoShopped memento of our bodies in front of the SkyWheel, for only $25. Everyone around us declined the offer, and the teens chunked the prints into the trash. If they would just offer them for $10, they could sell more and make less litter. Too bad I’m not in charge. 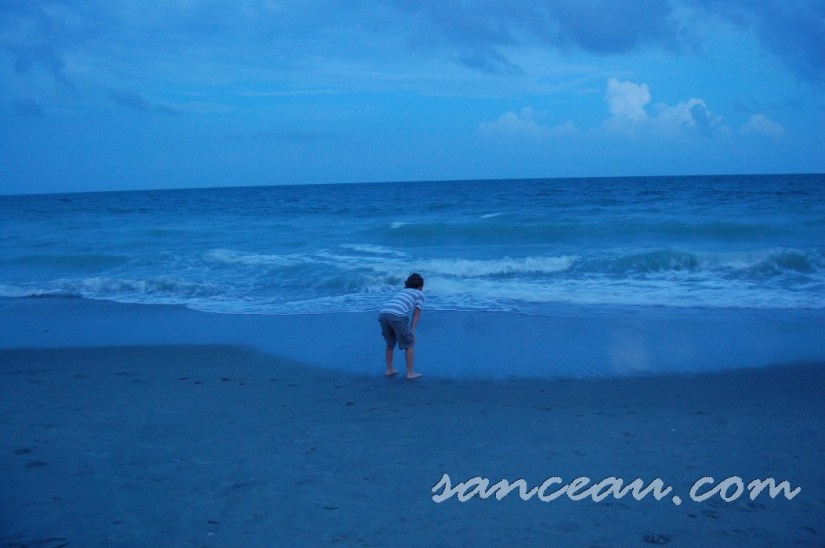 As some of you may have noticed, I’ve been MIA for a week now. My family and I took some time to visit Myrtle Beach (our first trip to the East Coast) and our first flight together. 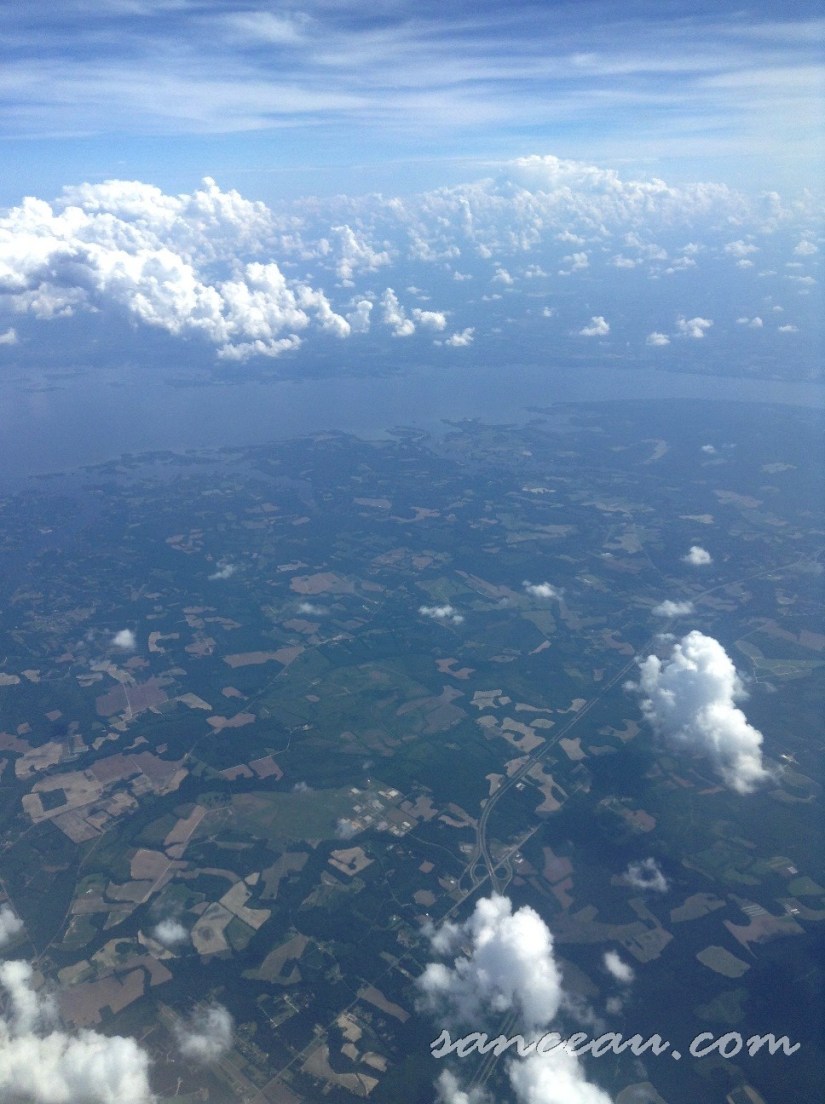 We stuffed ourselves on insanely high-priced meals (burgers run about $17), visited Broadway on the Beach, as well as The Boardwalk, frolicked in the waves, and took a spin on the Sky Wheel. 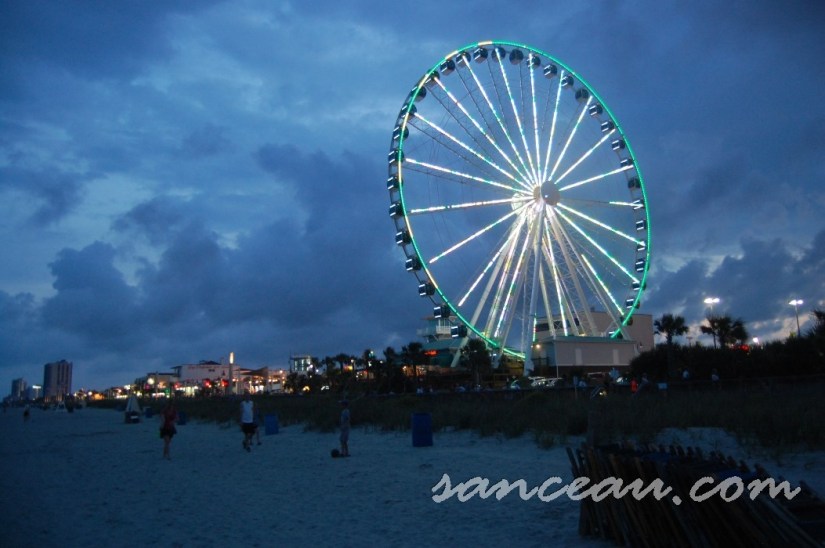 Now that I am home, belly full of Tex-Mex food, I have loads of laundry to do–and lots of catching up here on WordPress! Glad to be back. 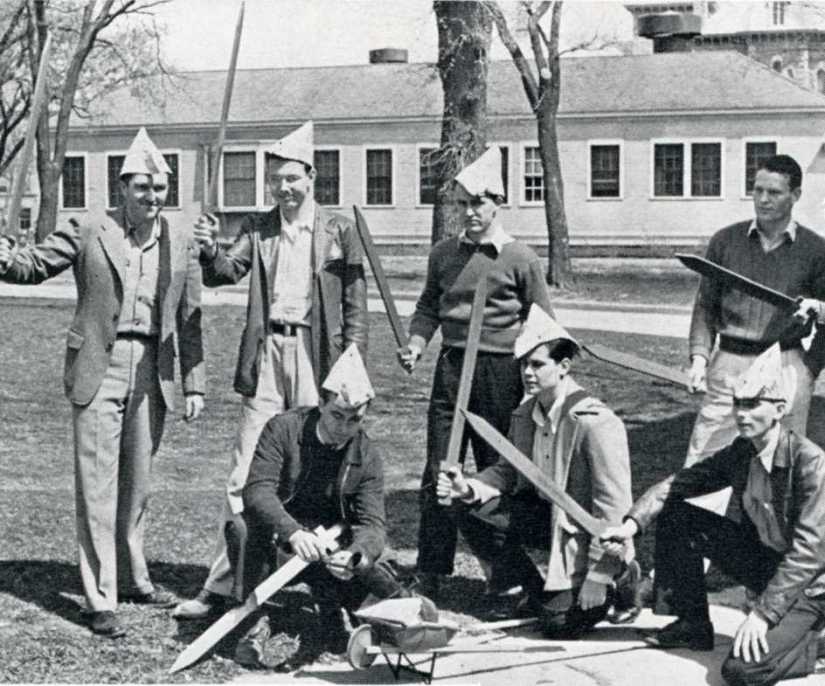 (in a peaceful, non-threatening way)

I wanted to perk up this evening, so I put on a happy song, “Whenever I Call You ‘Friend,'” by Kenny Loggins and Stevie Nicks. Yes, I enjoy soft rock. Yes, it’s a strange title. It doesn’t make sense, but neither do the 70s.

Who is this beautiful model in a peacoat, so downtrodden? Such a pretty thing.

This was Kenny post-Loggins and Messina. Yes, you have heard of them. They sing that song, “Danny’s Song,” which never says Danny at all, but you’ve heard it.

Even though we ain’t got money, I’m so in love with you, honey.

Anyway, this was before Kenny wrote the soundtrack to every blockbuster movie in the 80s. Yes, all of them. Can we say royalty checks?

Whenever I hear this song, I wish I was at a packed karaoke bar, wearing a gypsy poncho like a crazed Gold Dust Woman swirling about, doing my best Stevie Nicks impression with someone possessing awesome Loggins hair.

And look at THIS. Look at it. It was his Cindy Crawford supermodel phase.

I am entranced by those luscious curls.

And what about this? Some backpack-wearing Jehovah’s Witnesses left a pamphlet in a door with some serious questions.

But he had to get old because we all get old. Here he is singing “What A Fool Believes” with Michael McDonald. 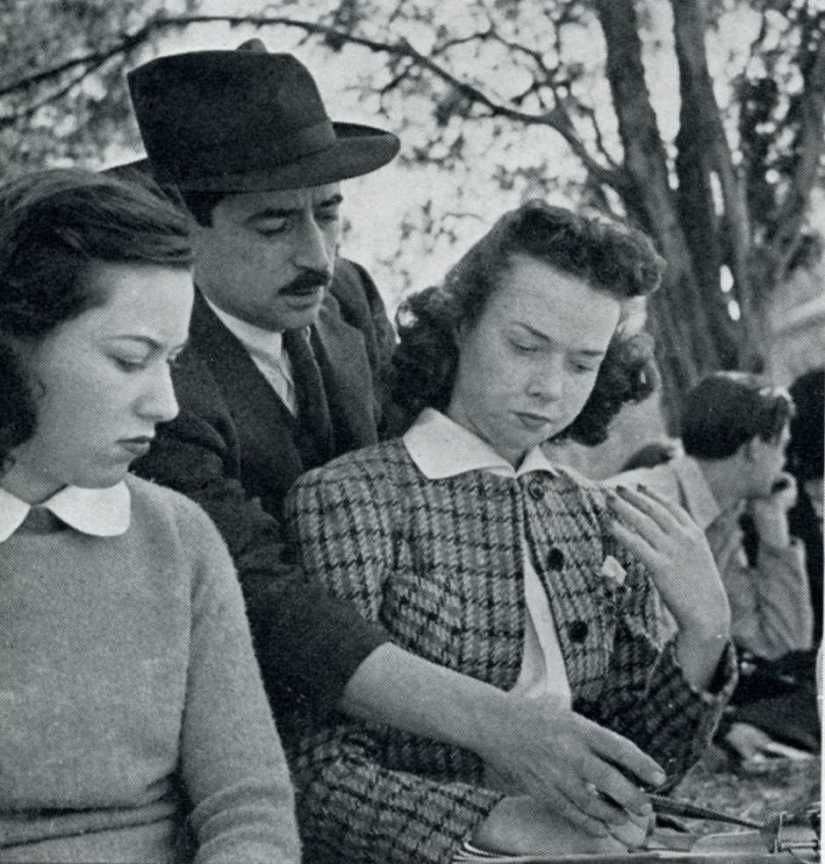 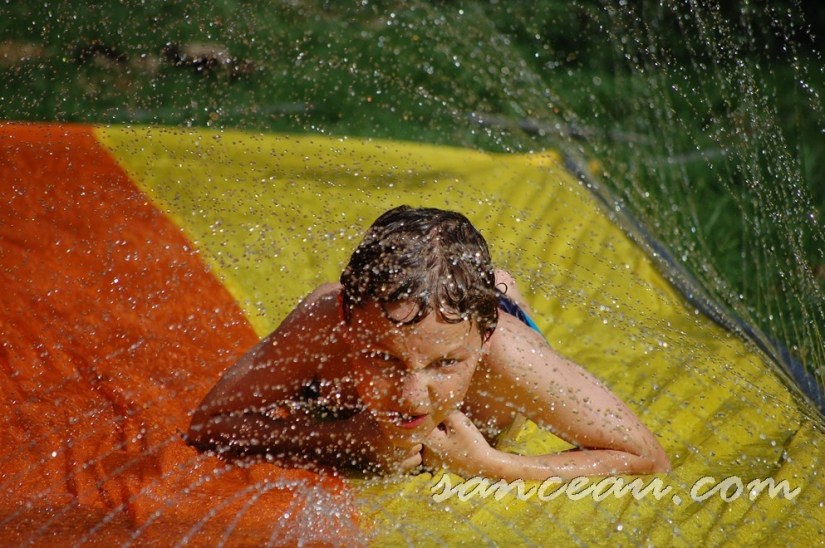 You remember my pre-dawn ruckus raisers from a couple days ago? Well, their mama decided to join them in the nest yesterday. Turns out, she’s a dove. 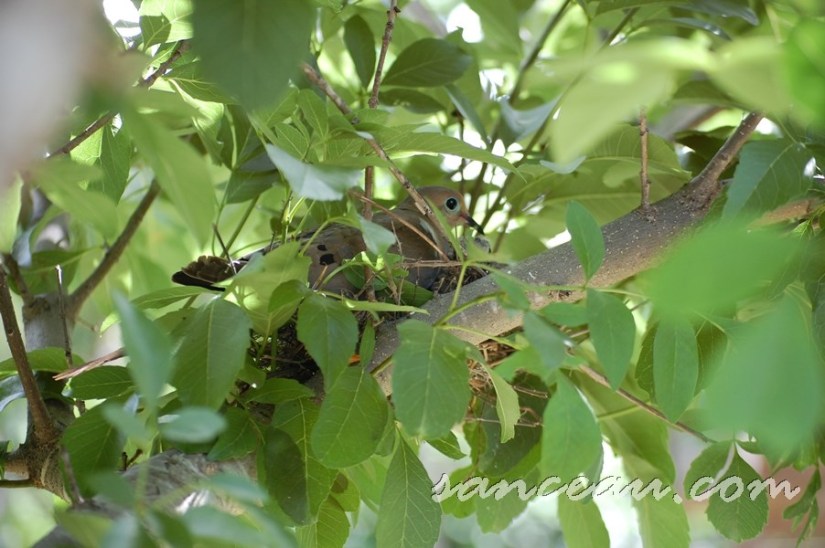 I didn’t want to get too close and spook her, so I let the zoom lens do all the work. 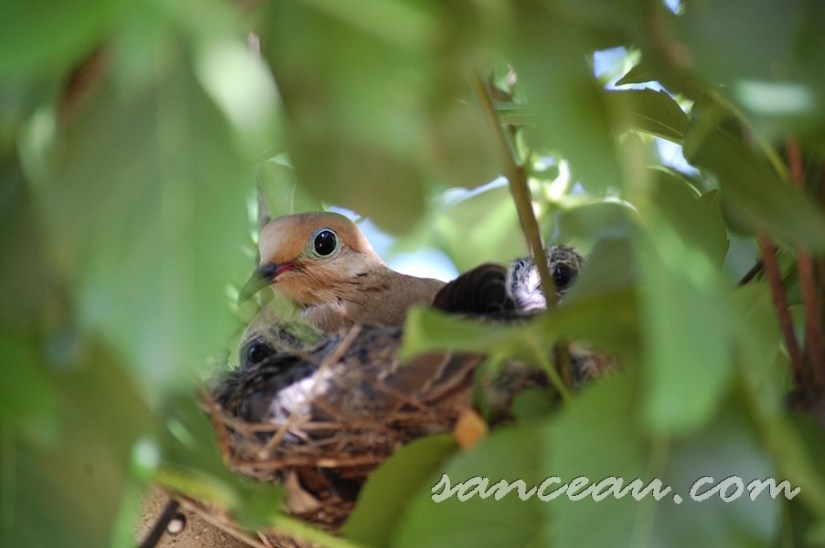 Is it wrong that what I find most disturbing in this yearbook picture is her lack of a belt? It would really pull the look together, and break up two pale colors. Even just a simple brown weave belt could have changed everything.

In any event, I think the punishment is too harsh. And talk about a chafing rope burn…What is wrong with these people?

Welcome to Vogue Sep 2013, 902 pages of over-the-top, aesthetically displeasing ads that I DO NOT GET. I still regret paying $1 for it. All I wanted was some perfume samples. 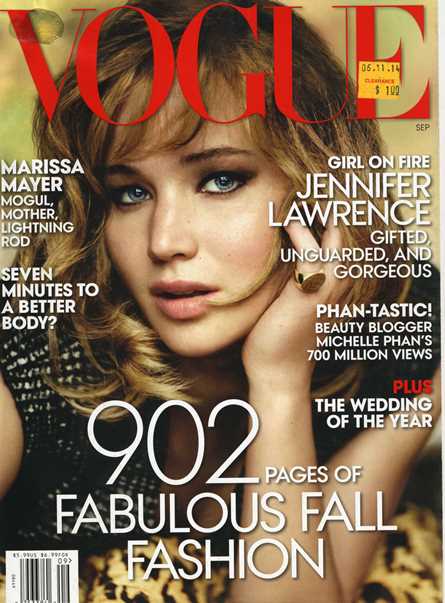 Look, I liked Vogue as a youth. I enjoyed models and high fashion and keeping up with the trends, perusing through the modern and artsy pages. Perhaps they were even inspiring at one point. But now? Now I cannot get past these ads. Vile.

Spare me any comments about how high-concept or fashion-forward Vogue is; you’ll only sound pretentious or as tired as Madonna’s antiquated song. Ads don’t happen by accident; I’m 100% certain this contrived androgynous look was exactly what they were going for.

All I know is, somebody, please FEED HER. (Not Jennifer Lawrence, but the topless one).  And make sure she keeps it down, if you know what I mean. And while you’re at it, throw a shirt on her and trot her to the closest neurologist to see if those dopamine receptors are down, because this one’s smile is broken.

Ralph Rucci, this makes me feel uncomfortable, and discomfort does not buy your product.  In fact, it makes me want to ralph into a toilet bowl (where you should put your flowy too-long skirt, fur muff, belt, gloves and bad eye shadow). And take that hairdon’t back to Moe from the Three Stooges. But props to you for getting celebs to buy your clothes! Rich folk love them some runways. Cha-ching!

And I apologize to Crispin Glover, who is actually much easier on the eyes (yet arguably as eccentric) than the aforementioned shemale. 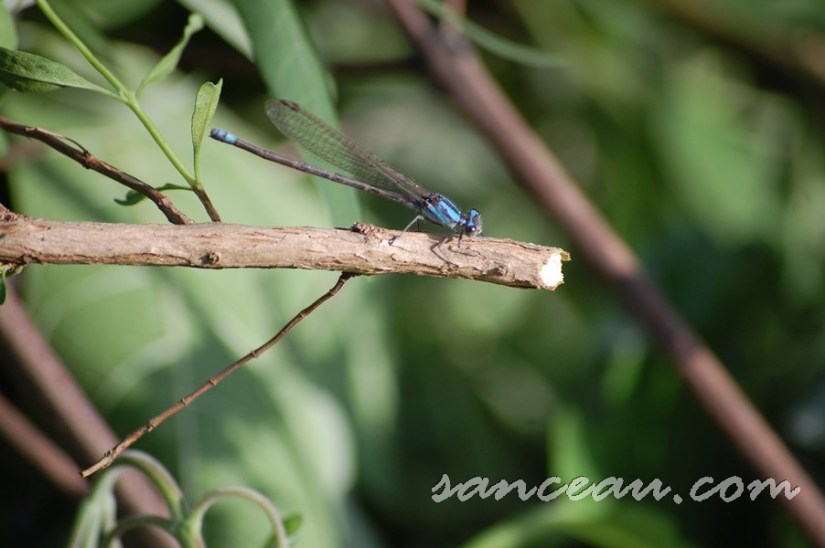 I spent yesterday evening, pruning myriad branches in the back yard. I have no green thumb, no knowledge of correct pruning, nor any desire at all to do it the right way. All I know is there are too many branches, too many twigs, too many green sprouting leaves everywhere, and I have a pair of pruning shears. And although June in Texas is usually the last vestige of anything green before the Great Drought covers the land, I cannot entirely appreciate it, knowing that branches are toppling over the fence into the neighbor’s yard. I had no choice but to go all Edward Scissorhands on the trees, and this dragonfly stopped by to bid adieu to a fallen branch.

One thing I learned about vitex trees; you can lob off one sprouting branch, and (just like grey hairs), twenty will appear in its place. You have to be vigilant, or they sprout like crazy, winding around each other like kindergartners fighting to be first in line. 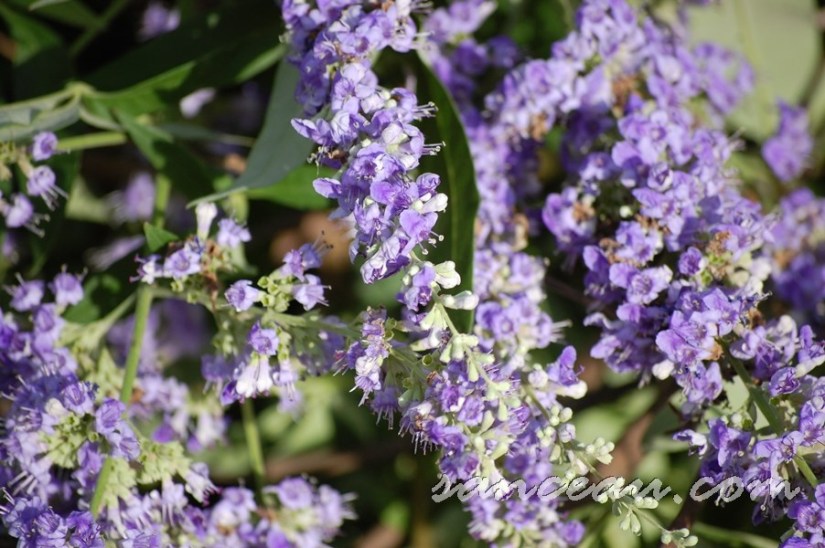 I did feel a bit sad, watching these lavender blooms fall to the earth. Oh, well. 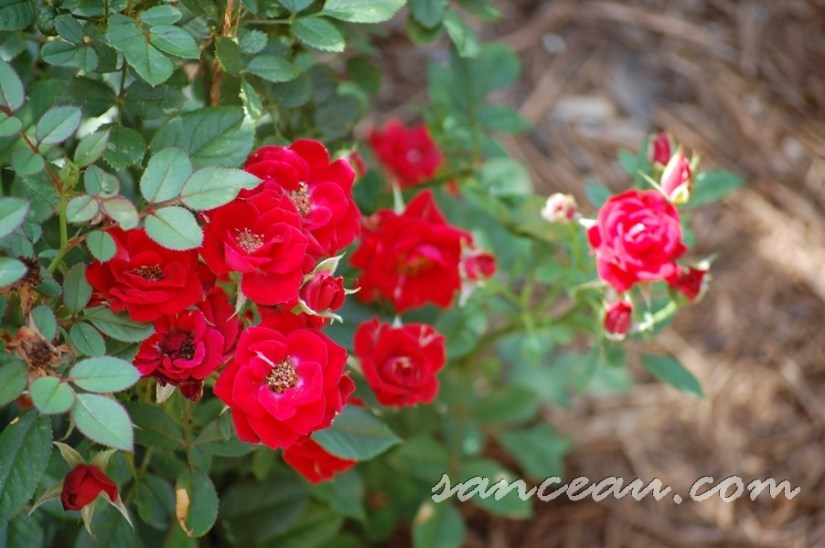 As I passed by these pretty little things, I could hear The Judds singing:

Are the roses not blooming this morning?
Has the sun lost its beautiful ray?

And of course, my response was: Actually, the roses are blooming this morning. And they are fine indeed. 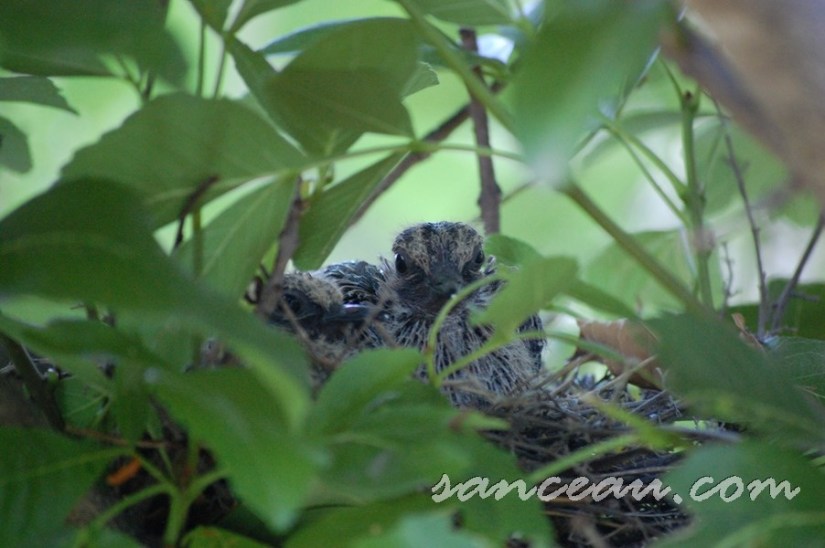 these two nearly scared the pee out of me, as i was pruning my tree