A box in the attic revealed a hodgepodge of dolls, such as this Thriller Michael, redhaired mermaid, Little House on the Prairie with fabulous hair, and diminutive Mork from Ork.

Somehow I scored a Julie Stiles Barbie doll before she was even born.

I bet Henry Grossman thought this a grand image when he snapped it, but Morgan’s bony elbows gross me out. The shaded optical illusion brings to mind prisoners of war, not a sexy blonde bombshell. But maybe it’s not her arms that entice Jon Lovitz…

Thumbing through some mags from my teen years, I came across a July 1984 Teen Set that included this picture of the Phoenix family. The focus was River, on the cusp of fame, but one can spot his brother Joaquin (who had given himself the name of Leaf like his nature-related siblings) easily. And you can see where Joaquin got his looks. Isn’t he the spitting image of his dad?

River would be dead nine years later from drug-induced cardiac arrest, while Joaquin went on to critical acclaim for his numerous roles, from Gladiator to Walk The Line. But working with him can prove difficult. A strict vegan, he refuses to wear anything made from leather or use leather props. And his behavior is curious. Remember when he announced in 2008 that he had retired from acting to pursue a rapping career? Or his incoherent behavior on Letterman?

What the teen mag failed to mention is that the Phoenix children (also a made-up name; the real last name was Bottom) were born to parents in the Children of God cult and performed on the streets and at various talent contests to provide food and financial support for the family. But that doesn’t make good copy. 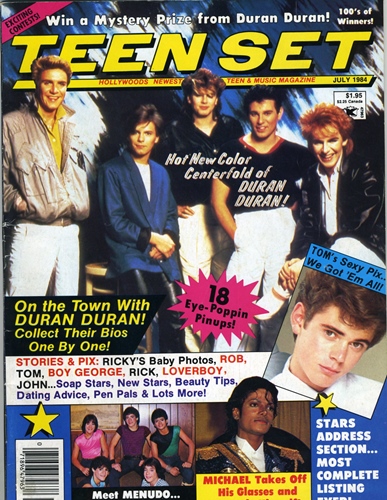 Tossing out old newspapers today, I stumbled on to this choice (and timely) comic. In fact, I did toss the 7/14/1984 Dallas Times Herald into the trash, but not before scanning these ads.

And what about a nearly $1200 Beta Recorder? Bet that was only useful for a few years.

Now this just proves boots have always been expensive. 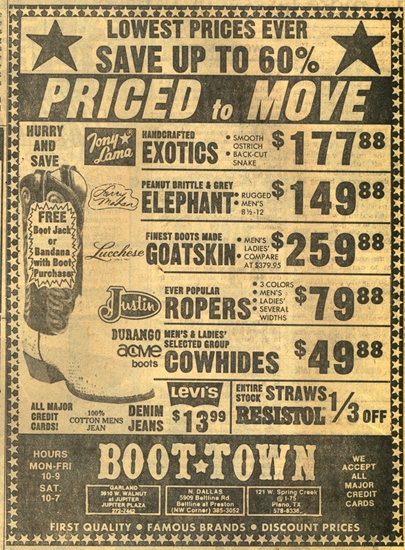 In another I Don’t Get It moment, we have an ad for Sofa Country, hosting wrestler Kerry Von Erich to sign autographs. WTH?

I’d never heard of him, but evidently he was part of the Von Erich family of professional wrestlers. Here he is with you-know-who.

And lest you think cell phones were invented in this millennium, think again.

Save $400?? Can you imagine what the starting price was?

Jeanette Miller stretches on the morning of her ninth birthday.

Guests at a wedding party in Holland try to avoid tipping over on the dance floor. 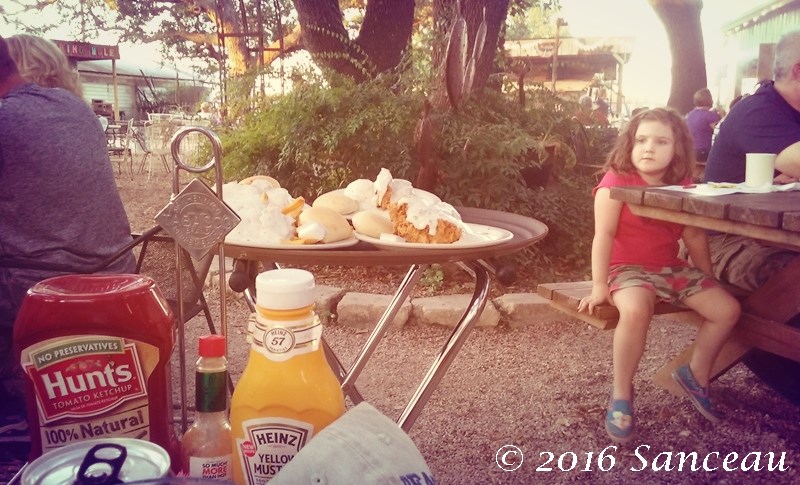 Two jovial Chicago ladies, arm in arm, become bird perches at Miami’s Parrot Jungle. I love their smiles, the hat, the earrings, the glasses, the lace pocket, the buttons–every bit of it! Carpe diem, ladies.

For the folks in Amsterdam who are neither potheads nor prostitutes, fun is often had by an affable after-dinner egg-blowing game. However, one woman blew so hard that her false teeth flew out of her mouth and landed on the table–to the delight of those around her.

For more on keeping dentures in place, Fixodent and forget it.