There’s no denying the eye-catching power of these mod Kentiles, in “gaeity” and “fleecy cerulean” with a white feature strip. See how well they compliment the gold-plated television and backgammon room dividers? What I don’t get is why Peg is alone with her wine and sensible flats and salty carbs, while Pam is relegated to the dog pillow and Frank is nearly shoved behind the divider. Are his skills that lacking? Does he have halitosis? Is he playing that new release, “Be Bop A Lula,” into the ground? Whatever it is, my bet is that wine bottle will be drained by the second chorus.

God only knows what Alfonso de Portago was doing while his wife (at left) looked on, and racecar driver Eugenio Castellotti looked down. Perhaps it should have been prayer.

Also known as Alfonso Antonio Vicente Eduardo Angel Blas Francisco de Borja Cabeza de Vaca y Leighton, the 17th Marquis of Portago took up racecar driving as a hobby in his mid-20s. Considered by other drivers as “a flashy upstart and a self-centered phenomenon,” he was nonetheless signed by Ferrari for its racing division in the winter of ’56.

Portago, who had crashed a plane on a cow for a $500 bet, commented, “I won’t die in an accident. I’ll die of old age or be executed in some gross miscarriage of justice.”

Um, nope. That’s not what happened.

All I had to do was flip to this pic in the LIFE article and predict this guy with a habit of “brushing close to death” wouldn’t last long.

Do you see what I mean? Cocky.

Driver Castelloti (shown in the first image) was killed in a race the following March, only months after the picture was taken. But the Marquis? Well, he and co-driver Edmund Nelson blew a tire on Portago’s Ferrari 335 S, causing it to spin into the crowd lining the highway during the 1957 Mille Miglia. Nine spectators were killed, among them five children. Nelson and Portago’s bodies were badly disfigured beneath the flipped Ferrari.  Both were killed instantly.

Sounds like the James Dean quote that was wrongly attributed to him. “Live fast, die young and have a good-looking corpse!” was actually said by actor John Derek in the 1949 film Knock On Any Door. Perhaps living fast is not a good motto.

Another perfect ad for I Don’t Get It.  Where is Dad looking? Why is his family made into a pyramid? Isn’t Mom unstable? Who needs that much fuchsia fabric?

Mom and the kids are throwing shade at Daddy again. And who could blame them? Dad must be up to 150 lbs at this point. I’d give my right pinky finger to hit that number.

Fact is, before there was a “Mony, Mony” song by Tommy James and the Shondells (if you’re a Boomer) or Billy Idol (if you’re Gen X), MONY meant Mutual of New York.

Myself, I’d never heard of such a thing. The only mutual I know is Mutual of Omaha’s Wild Kingdom, starring Marlin Perkins. 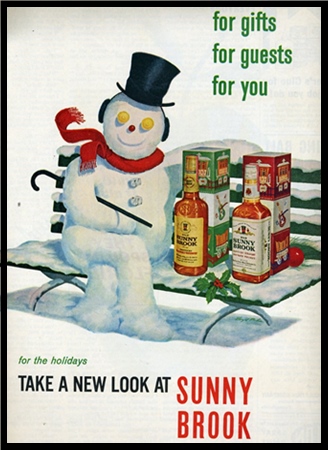 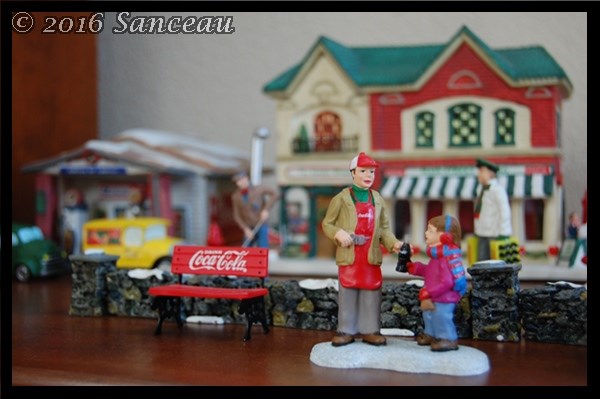 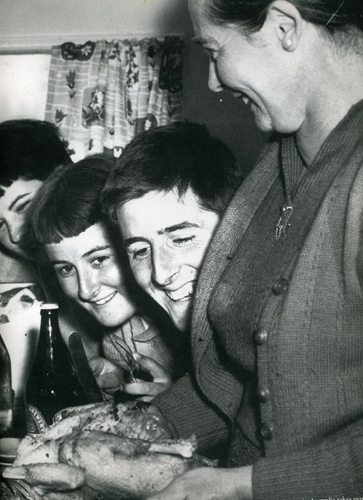 On holiday for Christmas 1956 at Torquay (a seaside resort town on the English Channel), the Taylor family looks forward to sharing a roast chicken.