Well, if that’s the way you feel about it, Janis, don’t smile. No matter. The 1962 Hardin-Simmons University annual offers up plenty of ladies more than happy to flaunt their bangs, including the “inverted heart.” 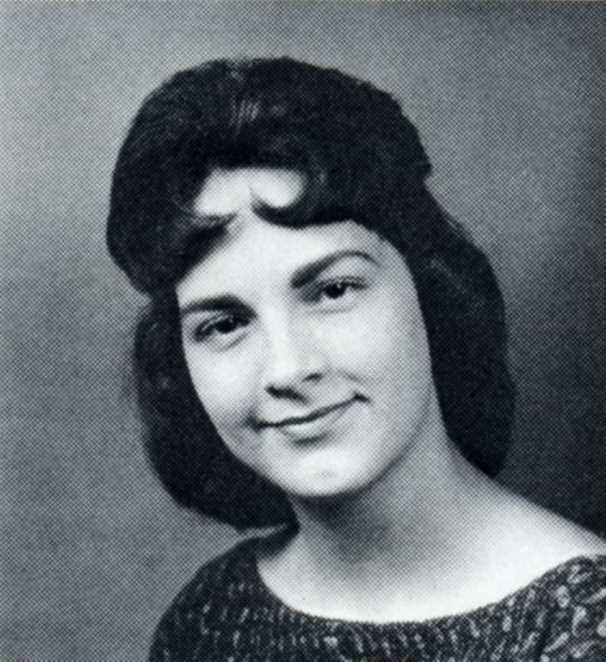 One of these ladies even showed some teeth.

These gals only look smug because they’re perusing pics of people with even inferior bangs. 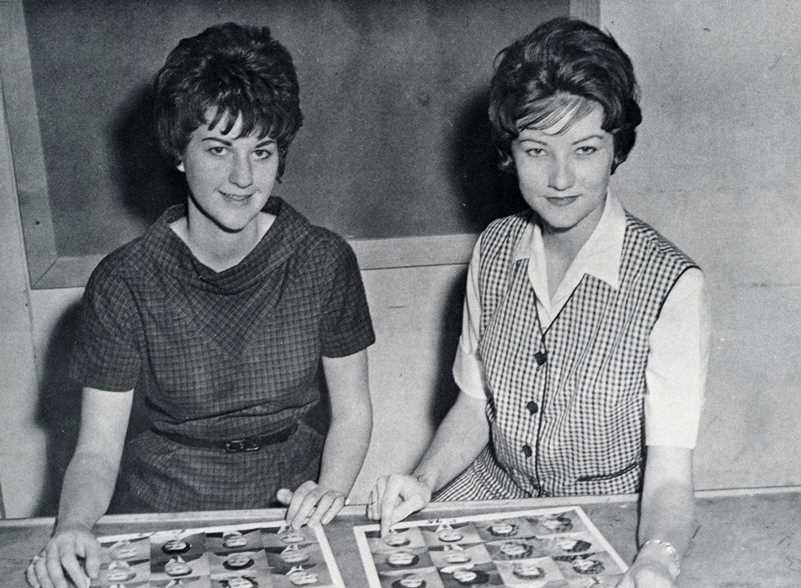 And how about these bedroom eyes? 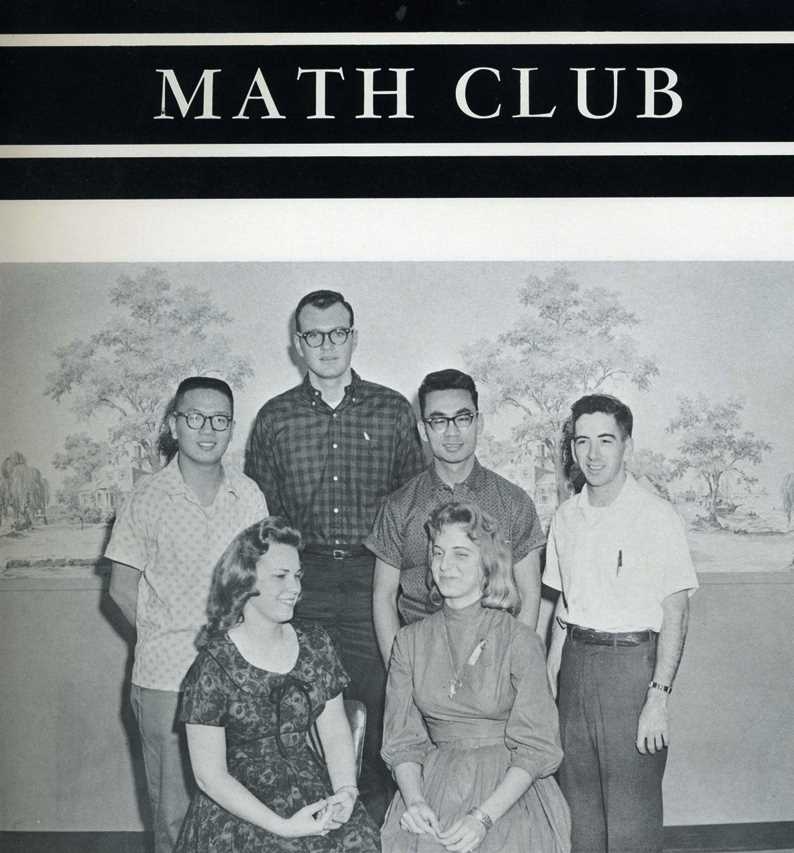 Is that you under the dark shoe polish, Mariska Hargitay?

Sunday morning begins with a pipe and the funny papers. Darrell can hardly contain his laughter.

On Monday, he studies Child Psychology at the Theta House, thrilled to be in the company of two lovely dames. Darrell takes Darrell very seriously.

Later in the week, he and Peggy hit the bowling alley. She watches, suspicious as to how a robot is able to record her strike with human handwriting.

Finally, the weekend arrives! Time for a night on the town, dancing his cares away.

Paula feels victorious in that he has agreed to hold her hand. Both are over the moon. 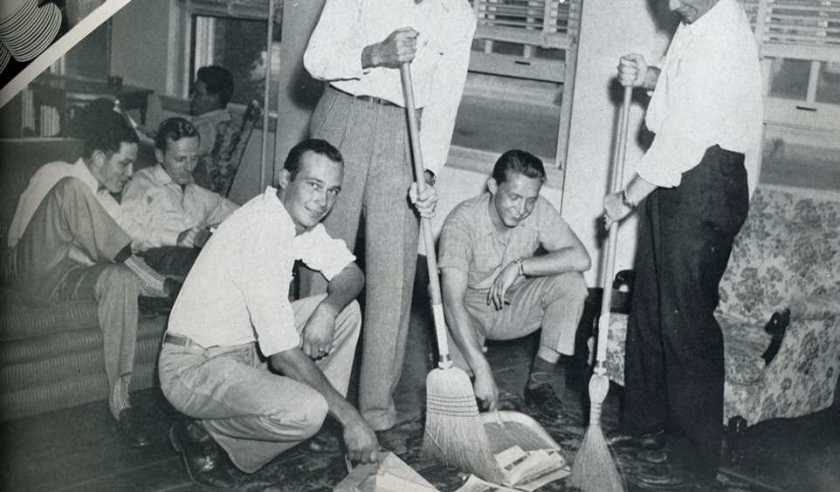 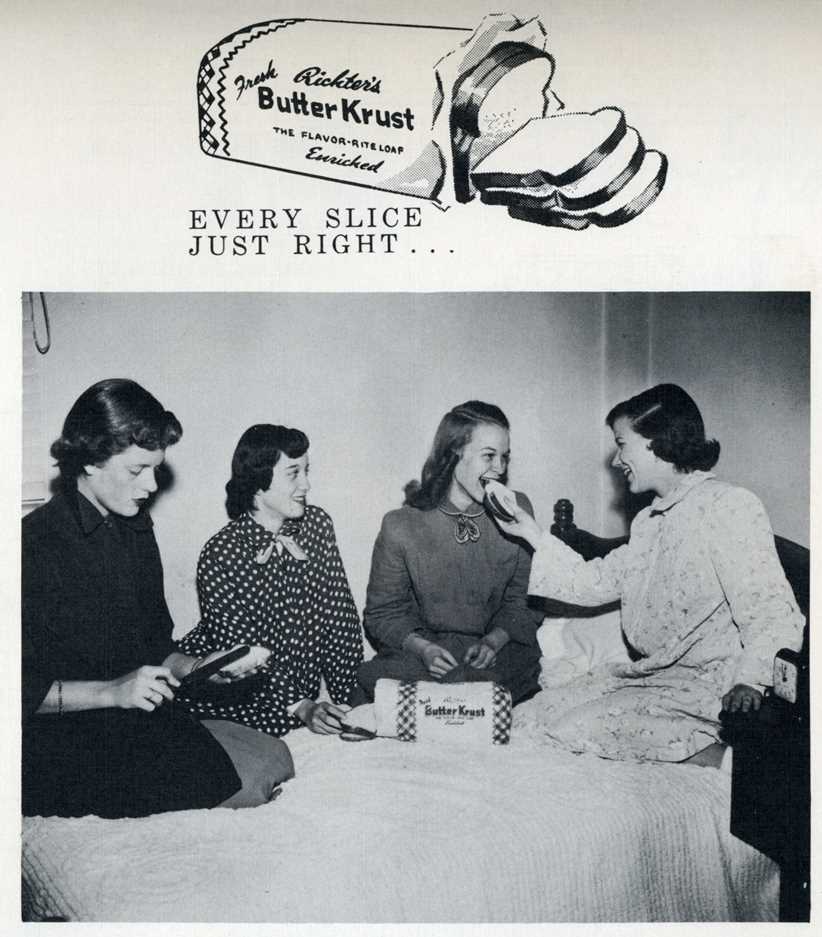 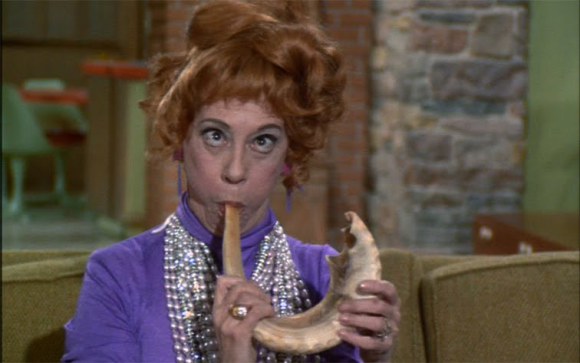 Wacky Imogene Coca (1908-2001) may be best remembered for playing opposite Sid Caesar in Your Show of Shows, which ran Saturday nights on NBC from 1950 to 1954. However, folks under 60 may remember her as Aunt Jenny on The Brady Bunch or the patently annoying Aunt Edna on the cinematic triumph, National Lampoon’s Vacation.

Originally deemed Emogeane, she was born in Philadelphia to José Fernandez de Coca, a violinist and vaudeville band leader, and Sadie Brady Coca, a dancer who also performed in a magician’s act. SADIE BRADY COCA. Awesome.

“I began as one of those horrible little children who sing with no voice,” Coca said of her early training. By the time she was 13, however, she found herself tap dancing, somersaulting, and dancing ballet. She got her first job in the chorus of the Broadway musical When You Smile, and later went on to win the second-ever Primetime Emmy Award for Outstanding…

I have a pretty good eye for determining 20th Century decades, based on clothing and hairstyle. But this picture that I purchased had no details, and I can’t even venture a guess as to whether it’s the late 1800s or early 1900s. Anyone able to tell by the hats and uniforms where or when this might be?

Just in case you missed The Emmy Awards last night, Gwen Stefani mispronounced The Colbert Report when presenting the Emmy for Outstanding Variety, Music, or Comedy Series. Perhaps she was trying to make a song of it, making a rhyme: “The Cole-Bort Report.” 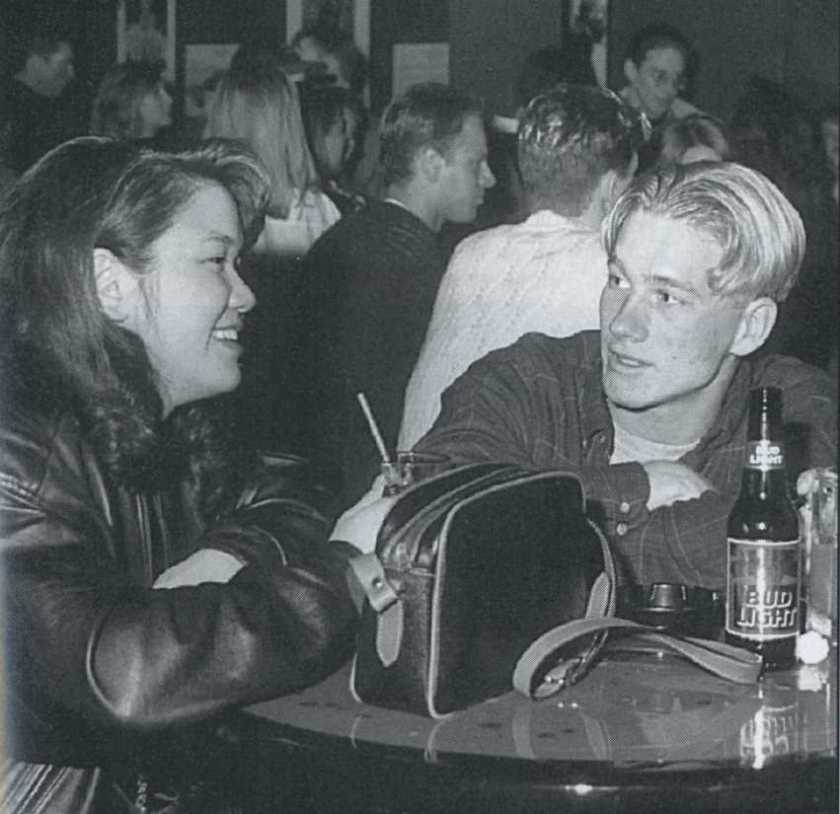 Kay and Peter enjoy drinks at Babe’s on Sixth Street in Austin, back when ashtrays denoted that smoking was allowed.

The next pic is “collaborating but not listening” because the bold houndstooth print jacket is too loud for anyone to hear anything. Let’s keep in mind this was the 90s, not Melanie Griffith in the 80s.

And no, that is not Jennifer from Family Ties, all grown up. Speaking of LOUD…