If I were a few decades older, had a poodle dog blue-tint permanent, cats-eye glasses, and support hose, I would jump up and yell, “Bingo!” because this font is hideous. By golly, this font is downright repellent, like a Gwyneth Paltrow quote or Kevin Smith himself.

Indeed, the letters themselves appear to be wearing bellbottoms, or be suffering from pedal edema. As close as I can find, it looks like the Karloff Negative font, but my research was minimal. It would make sense, however, as Borlis Karloff was known for his horror movie roles, and this is horrific. Gee, this font looks horrific.

The 1971 catalog itself however, is the bomb. The cat’s meow. The bee’s knees.

Who can resist the poor man’s James Garner, wearing his not-a-wedding-ring and sporting a polyester/rayon blend? Do you see that “brown stripe” sample? That is legit cloth. I’m touching it. It has the feel of a fine silk blend.

Yep, this catalog, preserved for four decades in a midwest basement, is in excellent condition, with a crisp mint green envelope inside. 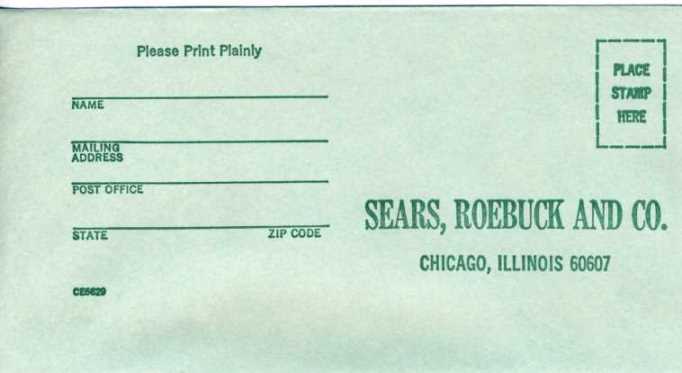 All you had to do was affix a SIX CENT stamp, until May of that year, when they jumped up to an atrocious eight cents. You, too, could order tailored clothing.

Prior to the convenience of online shopping, all you had to do was pick your fabric, have your wife measure you, and send in your check. Easy-peasy, right?