My minor was in history, and I admit I’ve never heard of Hannibal Hamlin, the first Republican Vice President. Or perhaps the memory of him was replaced by the cannibal Hannibal in the movie I saw my freshman year, forever cursing the name. I can promise you no one in public school will ever learn his name. But how could we be expected to know the names of the Vice Presidents? We don’t even know what they do. Neither he nor Lincoln look particularly psyched for union preservation in this poster.  A former member of both the House of Representatives and the Senate, Hamlin left the pro-slavery Democratic Party in 1856 for the newly-formed Republican Party that aligned with his anti-slavery views. He served only four years, during all but the very last month of the Civil War, and was replaced during the 1864 election by Andrew Johnson. Among other positions that followed, Hamlin returned to the Senate and served two terms, then became the US Ambassador to Spain. Que bueno!

In this picture, I think he bears a passing resemblance to another double H, Howard Hessman, aka Johnny Fever. But that’s just me. 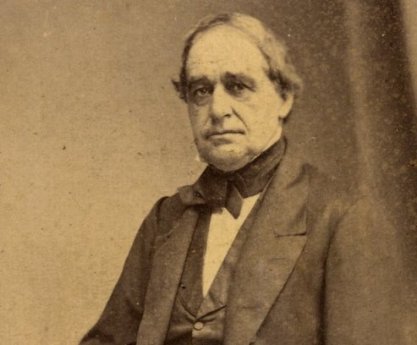 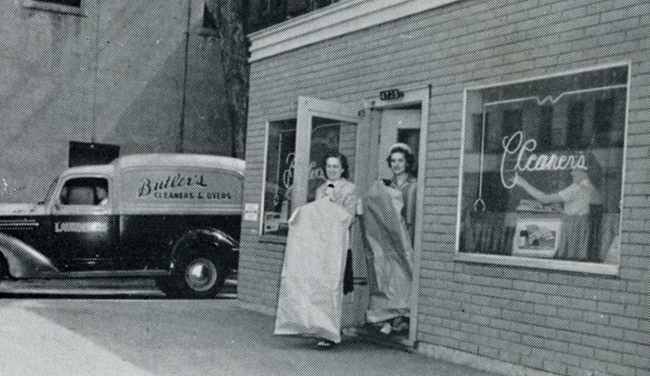 Today we wrap up the series on Lincoln Nebraska during 1943. All of these pics were taken from the Northeast High School Yearbook, otherwise lost to posterity. I’m so glad to preserve these images digitally, and thereby preserve bits of history.

“Making these for defense?” I don’t know how a hog house aids defense, but there’s a lot I don’t know. Like the words “Modernage” and “dirndl.” Maybe a dirndl dress was a good distraction from the worry of brothers and boyfriends fighting overseas.

Meanwhile, back at the hatchery… 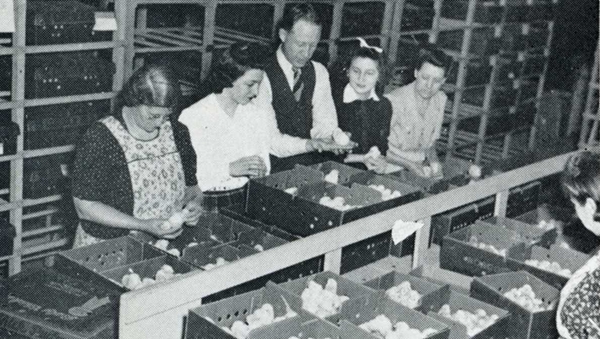 Here a woman reviews wallpaper samples at Van Sickle’s Paint Store, and a couple checks out rakes at the hardware store. 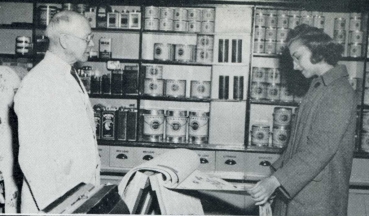 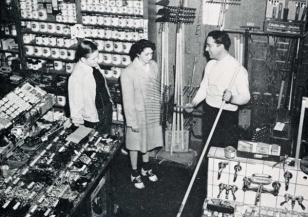 Even though life wasn’t “business as usual,” a little butter and rouge could help preserve a lady’s sanity. 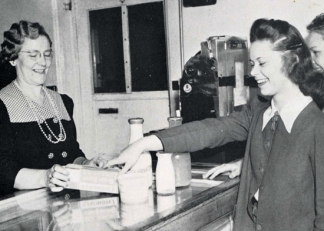 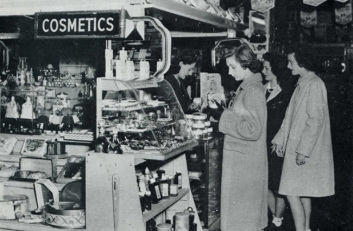 Thanks for joining me on this glimpse into Lincoln! 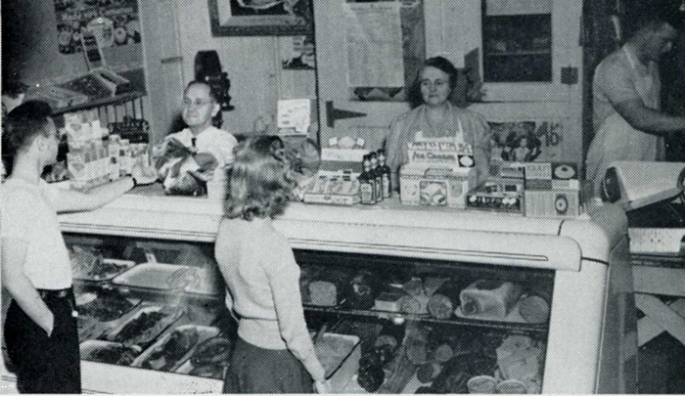 Fourteen points! Can you imagine buying meat with points? War changed life on the homefront.

Down at Helin’s Grocery, you could take your pick of produce without using your blue ration coupons. That’s a good way to get folks to eat their greens. 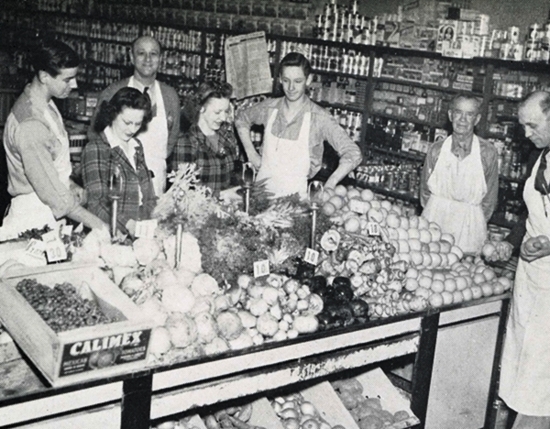 Able-bodied men who were not overseas were able to advise ladies on fruit purchases. 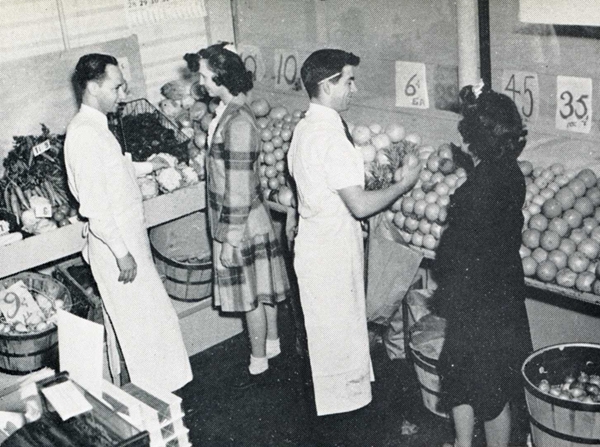 But who wants cheap fruit when there’s a bakery nearby?

As you prepare for your Thanksgiving holiday in LESS THAN TWO WEEKS, keep these important facts in mind: 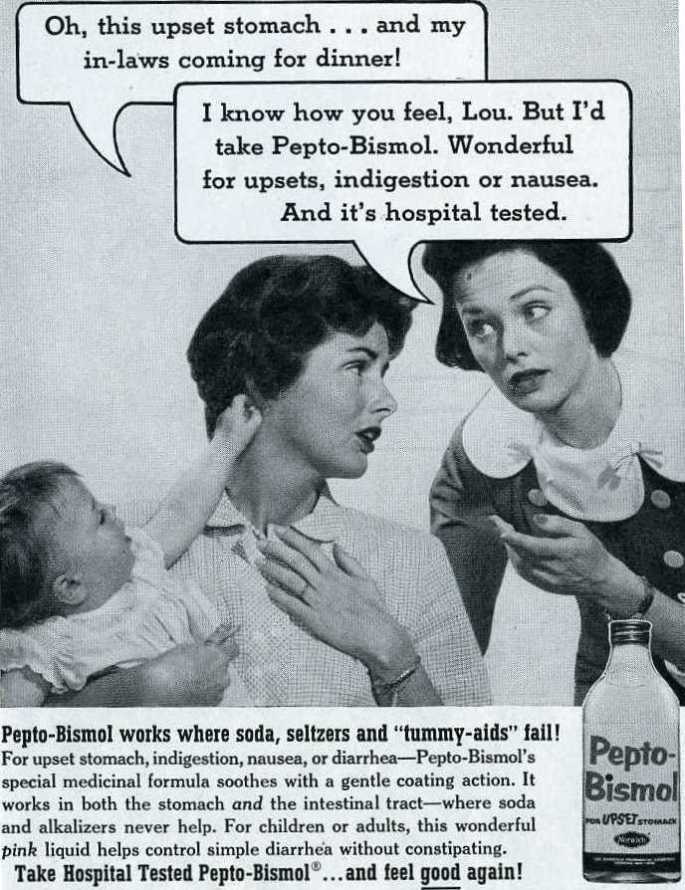 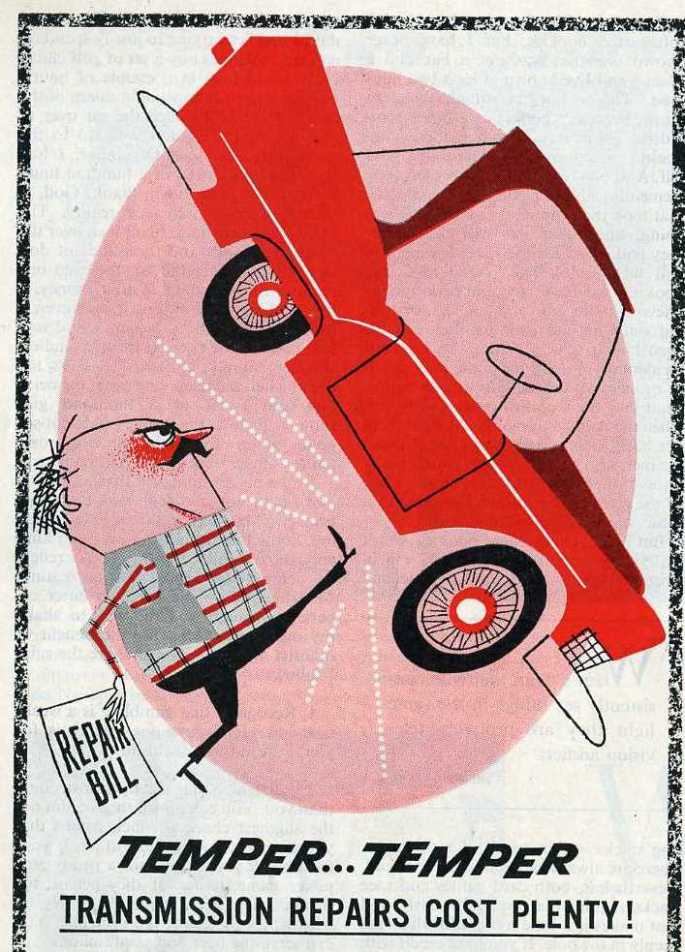 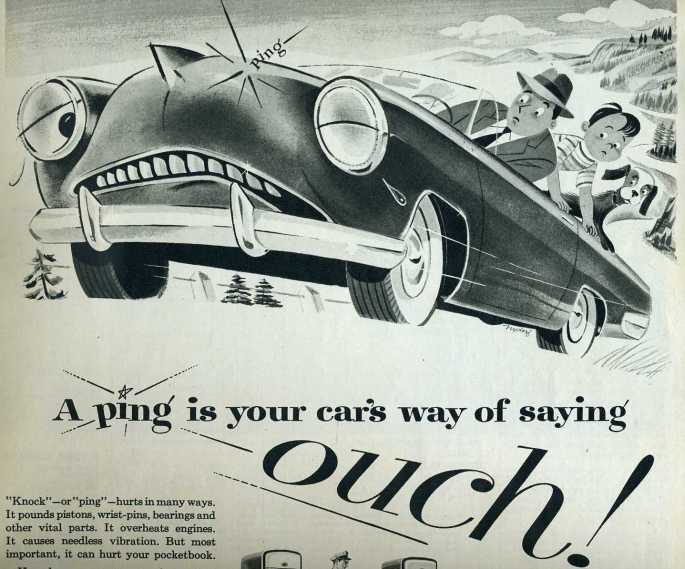 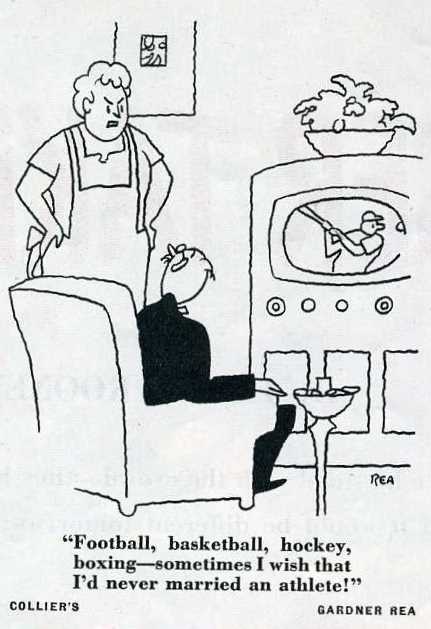 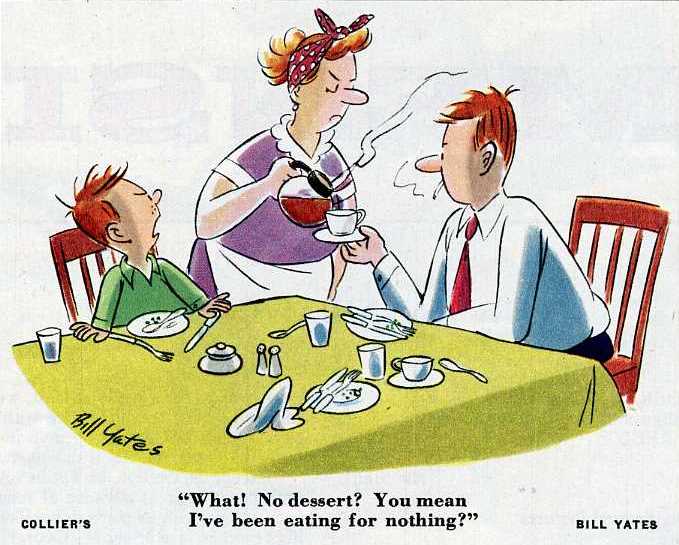 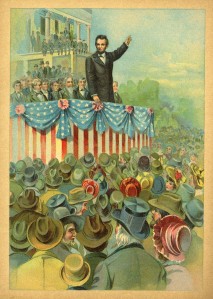 If you’re not from the United States, you may not realize that each state celebrates different “Emancipation Days,” depending on which date slaves learned of their freedom. When Abraham Lincoln issued the Emancipation Proclamation on September 22, 1862, it was set to go into effect on January 1, 1863.  Obviously, the states that were not yet a part of The Union would have no cause to celebrate.  Kansas entered the Union as the 34th state in 1861, but West Virginia did not enter as the 35th state until June of 1863.

This is what The Union flag looked like at that time.  Feel free to count the stars!

In Texas, Emancipation Day is celebrated on June 19. It commemorates the announcement of the abolition of slavery made on that day in 1865, when Union General Gordon Granger stood on the balcony of Galveston’s Ashton Villa to read the contents of “General Order No. 3”:

The people of Texas are informed that, in accordance with a proclamation from the Executive of the United States, all slaves are free. This involves an absolute equality of personal rights and rights of property between former masters and slaves, and the connection heretofore existing between them becomes that between employer and hired labor. The freedman are advised to remain quietly at their present homes and work for wages. They are informed that they will not be allowed to collect at military posts and that they will not be supported in idleness either there or elsewhere.

In Texas, that day has been an official state holiday since 1980.  We call it Juneteenth, a name coming from a portmanteau of the word June and the suffix, “teenth”, as in “Nineteenth“, coined by 1903.  (Thank you, Google.)

Also in 1903, a book was published on U.S. Presidents, which I have in my collection. 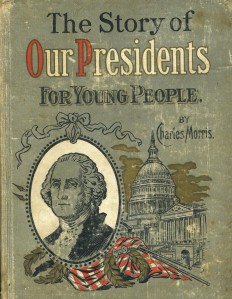 Except for a loose binding, it’s in remarkably good shape for a 110-year-old.  God willing we should all live to such a ripe old age.  I keep it as reference for the next generation, since history is constantly being rewritten by present publishers.  As the Academy Award-winning movie Lincoln showed us last year, interest in President Lincoln has not faded.  This book paints a loving portrait of the “awful smart chap.”  CLICK TO ENLARGE. 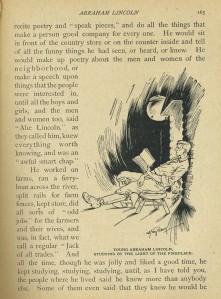 As the audience is “young people,” the tone is consistent in its intent, which I find endearing.  Here it explains why a tender-hearted Lincoln did not have each deserter shot dead, per accepted war protocol. 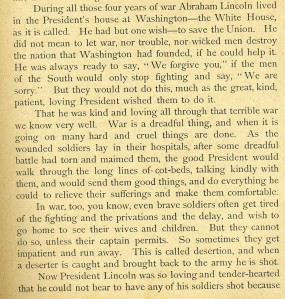 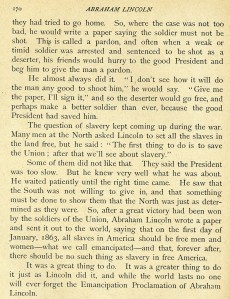 “While the world lasts, no one will ever forget the Emancipation Proclamation of Abraham Lincoln.”  Let’s hope not.