Y’all, it is rare indeed when a Google search turns up with zilch, nada. But such is the case for Laconian Debs. I guess they only existed for this one moment in my 1947 Seventeen magazine, which evidently could hardly contain their foot fetish. Apparently, those weren’t the only Debs around. Polly Debs were climbing up the charts.

I just don’t get this. These are NOT super flat. They have at least a one inch heel. And what a metaphor! Is a Coke comfy? That’s an odd word choice. You’ll love them like Mink? What? Are we talking about fur now? I’m so confused. But it’s good to know they’re live. All shoes should be live. Shouldn’t they?

Let’s move on to Kickerinos. That’s just fun to say, like Vinnie Barbarino. Anything -ino. It must be eye-talian!

Next up are the musical Monomacs, in either elk or Bucko Calf. Bucko Calf? There’s another thing Google’s never heard of. What a banner day!

I don’t know what music has to do with moccasins, or why tiny elves are handstitching the seams, but there you go. Now on to something south of the border!

Finally, something I’ve heard of. Huarache sandals, too …. A bushy, bushy blond hairdo … Surfin’ USA. ♫♪♫ Calf skin? I’m familiar with it. I get it. Wait, they come with foot shortening vamp? What the heck is that?

Who knew shoes could be so complicated?

Before a cutter was a person who took a knife to their skin just to “feel something” in a world of apathy, Cutters were shoes worn to catch men’s eyes. Maybe he’s not a breast or a thigh man; maybe he’s more interested in your arches. Super. And these would have been the choice for any butterface gal back in ’47 (that’s a woman who looks lovely everywhere “but her” face).

Let’s enjoy the symmetry of this next ad. 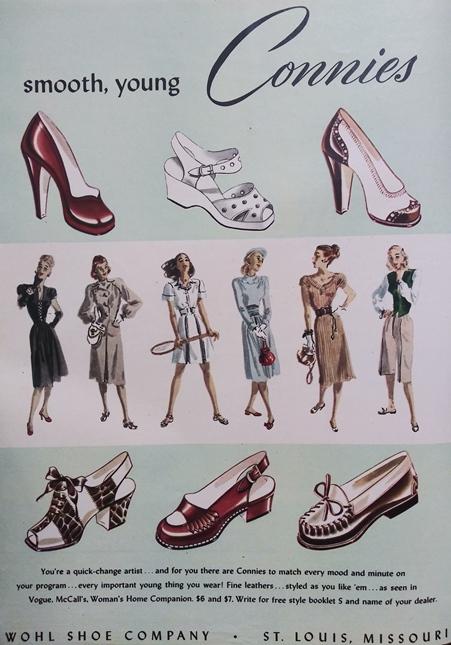 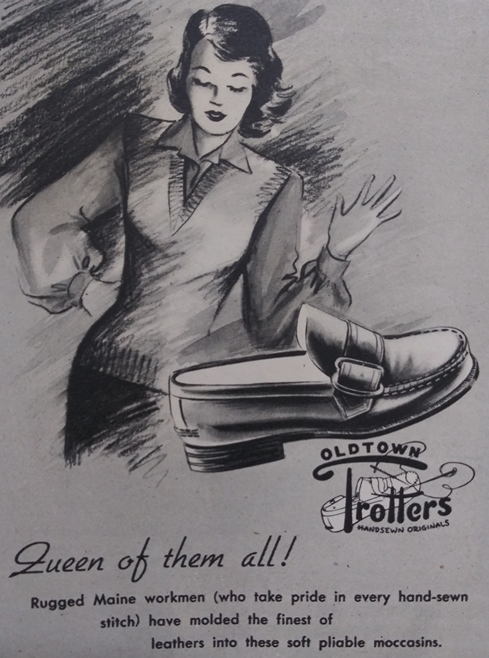 Two more years and I’ll be one myself. But at least I’ll be queen of them all! Still, nobody likes a troller. I’d take these adjectives any day.

22 thoughts on “Worship At The Altar Of Laconian Debs”