Okay, so it’s 1932 on Milk Street in Boston, a street that has been there for over 300 years. These three bobbed-hair women marvel at the carving prowess of Carl Larsen, who fashioned this wooden Indian out of live oak. Why an androgynous youth is bowing before the altar is another issue altogether. But this is no ordinary Indian offering cigars to outdoor patrons; this is Samoset the Abenaki extrovert, best known for waltzing up to Plymouth Colony on March 16, 1621, greeting, “Whassup, Pilgrims!” and then inquiring if they had any ale on hand. Why was this odd? Well, he was the first American Indian to make contact with said Pilgrims, having learned some English from Maine fishermen. And despite what news stations would have reported, had they existed, everyone got along peaceably, and Samoset even spent the night. A week later, he returned with his buddy Squanto, who spoke better English, and more fellowship ensued, presumably with beer.  This particular wooden Indian was denied the pleasure of ale, although he did get a periodic dose of boiled linseed oil poured down a hole in his head, to keep his wood from cracking.

Four incredibly color-coordinated pale faces chat about patterns with Chippewa Chief Big Bear in Itasca Park, Minnesota back in 1935. His tribesman sold many items to visitors, including beaded bags, baskets, toy birch-bark canoes, and other handicrafts. They also held husking parties, such as these, with the intent to supply rice for sportsmen’s game banquets.

While other tribes chose corn as their main crop, the Chippewa lived in a “place where there is food upon the water” surrounding the Great Lakes region. Wild rice, or “manoomin” in the Ojibwe language, was integral to their diets as well as their entire way of life. Wisconsin Chippewans have harvested manoomin for centuries.

In 2018, Chippewa Indians from Turtle Lake, Wisconsin continued to gather in the name of rice, hosting their 45th annual Wild Rice Festival. The pow-wow was the showstopper.

While rice beds have been diminishing, threatened by climate issues, pipelines, and mines, Chippewans struggle to protect the crop by reseeding lakes and waterways, hoping to meet the needs of their communities as well as pass on the culture to younger generations.

Who knew wild rice was such a big deal? To most of us, it’s just a side option at restaurants.

Or a delectable holiday dish, such as this cranberry squash wild rice pilaf.

Seriously, I could eat that right now.

Check and see if your state celebrates wild rice as well. Why, we even have a Texas Wild Rice Festival in San Marcos! There’s the mayor floating the river in the middle of the festival. 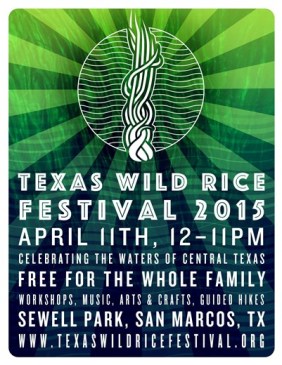 Prices seem fair in most places, even if you don’t get a pow-wow or float down a river. 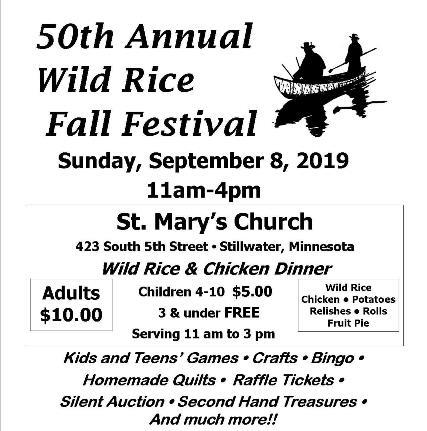 And don’t forget to dress up!

Why have one ice cream cone when you can have two?