Men’s clothing ads of the 1930s were curious. I certainly don’t get it. Is this normal for a fully-dressed man to be supervising the sporting goods usage of a barely-dressed man? I don’t care for this tone.

Nor do I care for the tone of this one. Young men, arm in arm, marching in their underwear. It’s getting weirder. And I can’t even with their tagline. 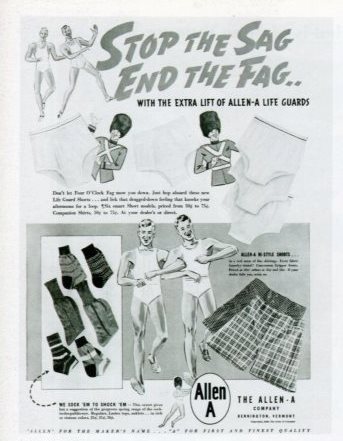 This seems to be more normal, just some men in office shirts checking out another man’s clubs. And while it’s odd to buy clothes that “flatter your summer tan,” it doesn’t really get strange until you see the belted briefs. What is that about? Do you have those?

Let’s end on a less naked note, with this 1932 Arrow ad for men who get fooled by shirts. And no, that’s not our president; it’s a fellow who evidently goes fishing in a nice button-down, tie, and khakis. You know, like village fishermen. Is he petting that fish? Is he stroking its fins? Is that the proper protocol? No wonder shirts have been fooling him. 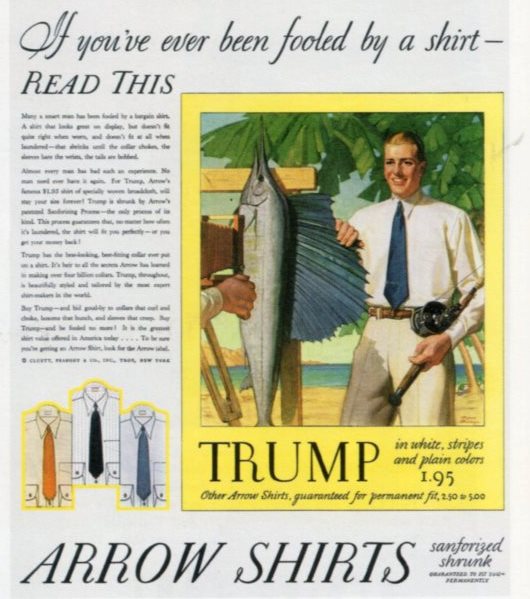 5 thoughts on “Well, This Is Awkward”