Today is Tuesday Travel day (but not for you or anyone else on this planet right now), and today’s mode of travel is TRAINS. My granddad loved trains, often joining the engineer up front, donning the requisite engineer cap. While most of his train schedules and pamphlets are normal map-sized (the kind we once bought at gas stations), none of today’s images are larger than your hand. Most measure only five inches tall.

Folks back then would have needed a good pair of glasses to read the small font to find a route and a fare to their destination. 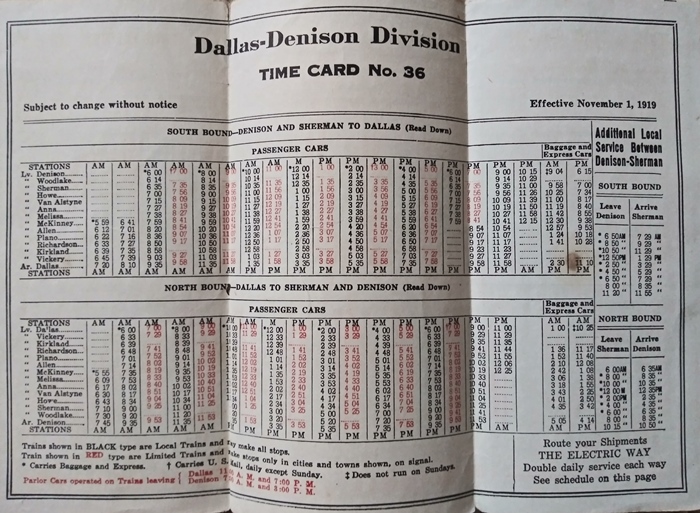 Even if was glaringly racist.

It certainly sounds necessary, after reading about the “torrid, sooty blasts from open windows.”

The font and artwork are still eye-catching after all these years. 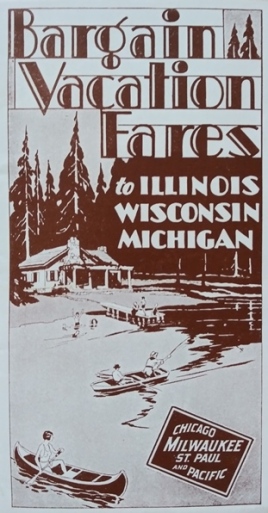 The luncheon options, however, would not fare so well today. Ox tongue? Prune whip? Prune cornbread? What on earth?

Perhaps you’d be better served by keeping your appetite until you hit the Fred Harvey counter at Union Station (where Harvey Girls served up lunch). Fred Harvey advertisements were ubiquitous on time cards. 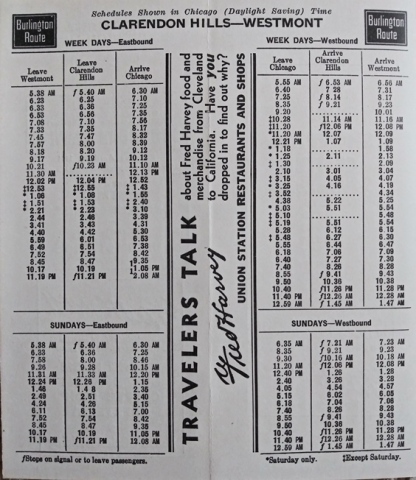 Why, even Judy Garland was a Harvey Girl in the movies!

And she sang about the Atchison, Topeka and the Santa Fe, which were all train routes.

What about you all? Have you ever ridden a train? Did you get a cool time card? Where were you going?