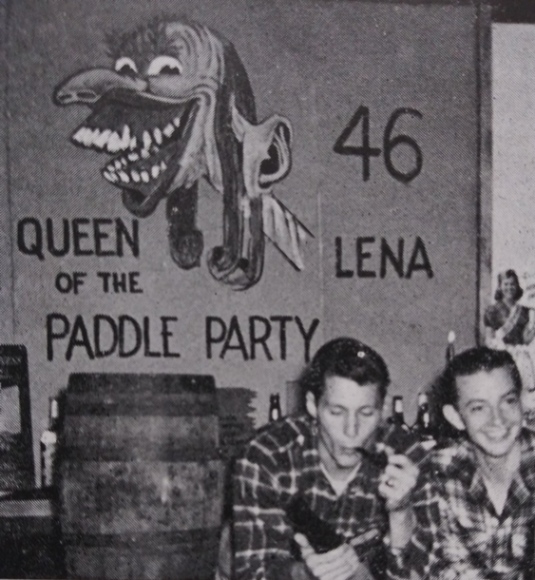 KU Delt pledges dubbed Lena the Hyena as Queen of their Paddle Party in 1946, the same year cartoonist Al Capp Capp introduced Lena as the “ugliest woman in the world.” So hideous that Capp could not bear to render her, he enlisted his readers (in 381 newspapers where his L’il Abner comic strip was seen) to send in their drawing of what they thought Lena looked like. Over 500,000 readers responded. Al Capp persuaded Boris Karloff, Salvador Dali and Frank Sinatra to judge the drawing and the winner was the cartoonist Basil Wolverton. His rendering is what you see above. (https://www.tattooarchive.com)

Personally, I think his grotesque work looks like he was on an endless bad acid trip, but it takes all kinds of artists, and to each his own. Below are tame examples of his other renderings and styles. 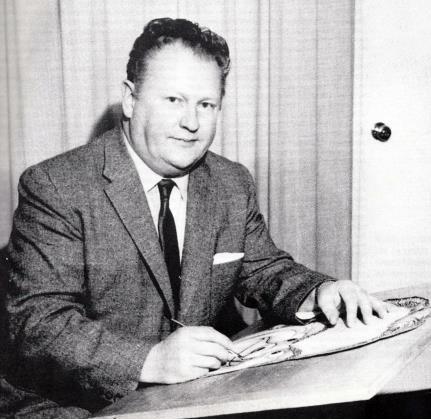 8 thoughts on “Paddle Away From Lena”