Such is the caption in this 1968 Nat Geo, as I call them. Evidently, it was a common practice for motorists to attempt to cross the Rio Grande River at its low points in fall and winter, though I would personally advise to NEVER ford a river by car. Yes, the wheels get wet, but so does the engine.

Cue the enterprising young Mexican boy on the burro, who offers round trip rides for 75 cents to get across the river. Often, they neglect to mention that a dirty half-mile ride to Boquillas then awaits them. If they have another 75 cents. 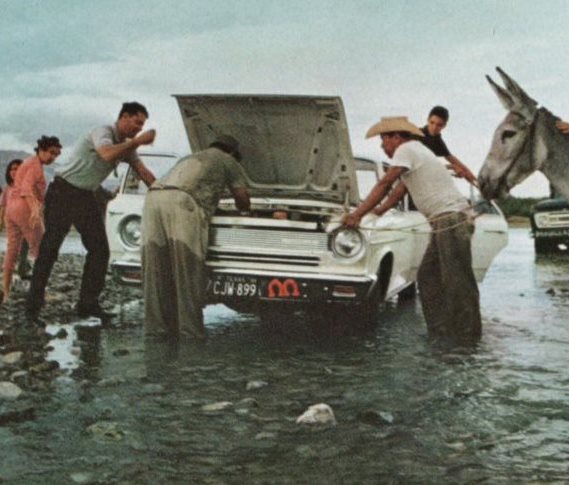 But what do they do with the CAR??

2 thoughts on “A Car Is Shiny, But A Burro Is Sure”