I’ve been going through some of Granddad’s WWII items, and I stumbled upon this Yank magazine, dated Dec 28, 1945. Christmas was upon the nation, and the war was over.

But even though the war was over, many American soldiers had yet to return home.

It is fascinating to read how the servicemen felt about what should be done with the secret of the atomic bomb.

As you might guess, the centerfold included these lovely ladies:

Apparently, the servicemen were feeling a little frisky once they landed on familiar soil.

And there are some (understandably so) not quite politically correct cartoons… 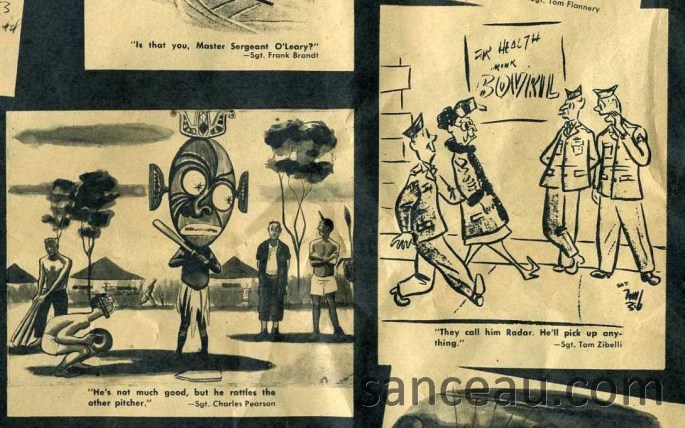 Stay tuned for Part II for another inside glimpse into Yank, the army weekly.

4 thoughts on “Inside Yank, Part I”