You guys, I have this January 1933 Spur magazine, and it’s only black and white on the inside. But the cover has color, and it’s a-MA-zing! Check out this Firestone ad on the inside cover. It hasn’t faded a smidge. 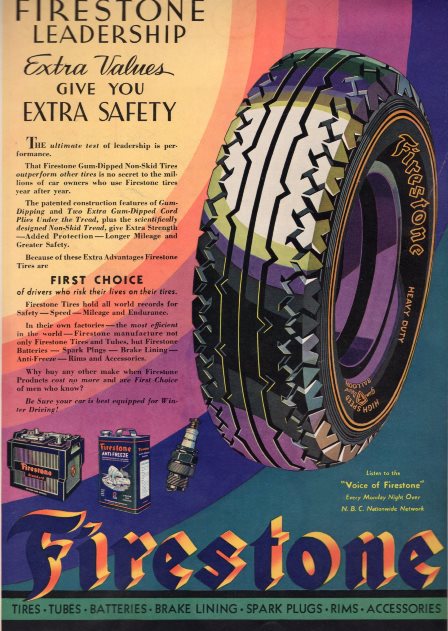 The Spur was a fancy-pants magazine that cost a whopping 50 cents in 1933. The horsedrawn carriage was meant to be quaint. But inside, they advertised all kinds of worldly vacations for those who still had means.

The colors on the inside back cover are just as amazing, even 86 years later.

The back cover, to me, looks like a 1970s ad that’s trying to look like the 30s, but this really WAS the 30s. It doesn’t state the actress, but it looks like Joan Crawford to me. That hat! Those sleeves! The ring! The cigarette holder!