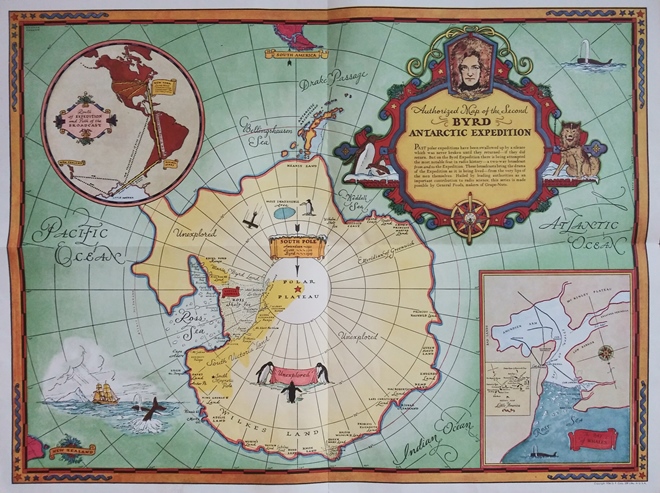 Among my granddad’s things is this gloriously colorful 24 x 18 map. My guess is that Gramps mailed his request to General Foods, as Grape-Nuts was one of the foods Byrd took on his journey. 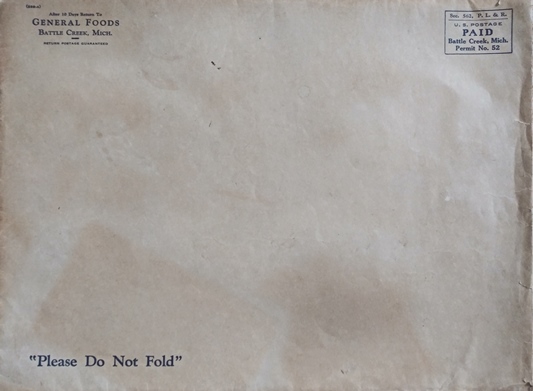 It depicts Antarctica from a polar perspective, with the tip of South America visible at the very top of the image. Large areas are labeled as unexplored, inaccessible, or “claimed.” Inset maps of Byrd’s route south and the area near his camp are provided to the audience as a helpful aid. As explained in the decorative title cartouche, Byrd’s second expedition was the first to feature live two way radio broadcasts. A radio station sponsored by CBS was set up on the base camp ship and relayed weekly updates to New York via Buenos Aires.

Below, you can see the copyright of 1934. One wonders if, at age 14, Gramps ever put this on his wall. It does not appear so. Or has it simply sat inside this envelope for 86 years, going from house to house each time he moved, packed away in a box and never tossed away?