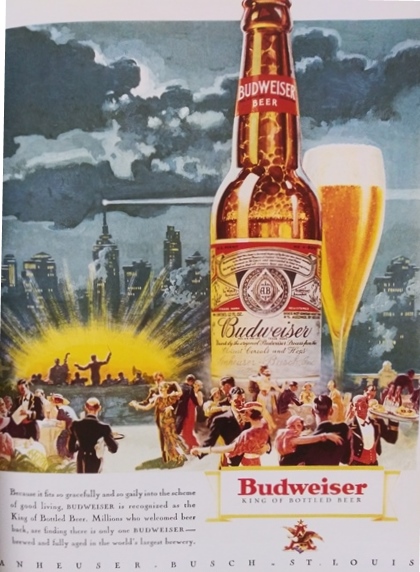 Before craft beer, choices were limited. And Budweiser did its best to make it seem like Bud was the life of the party, replete with black tie formal and an orchestra. The movement conveyed in the dancing, the yellow glow around the conductor, the bubbles in the bottle, the lovely amber and skyscraper greys all made for a most tasty ad. Even the face of the lady in the right foreground seems to be aimed straight at you.

International Motor Trucks weren’t a party, but they were a part of history, as depicted in this colorful ad of a covered wagon, cattle, and pioneers.

The curves of the green vehicle pop against the sharp red lines in its truckbed. It makes my eyes happy.

This last 1931 image may seem mismatched. A sailfish selling ethyl gasoline? Well, it’s all about power. But to me, it’s all about movement. The splashing water, the open wings of the seagulls, the almost melting yellow sun behind it. That doesn’t even make any sense, but I like it. 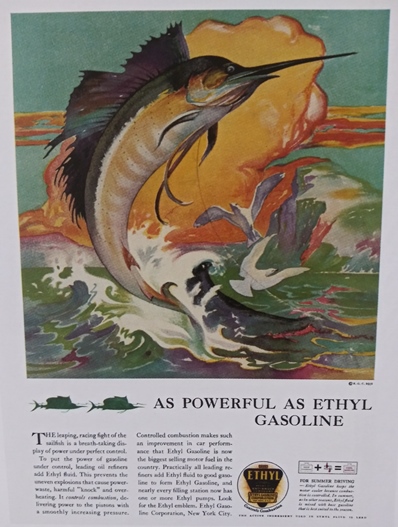