Actor-comedian Joe E. Brown gets toweled off by wife Kathryn at his Brentwood home in 1951. She doesn’t seem to mind his toned 60-year-old physique. The two were married 55 years until his death in 1973.

He was one of the most popular American comedians in the 1930s and 1940s, with successful films like A Midsummer Night’s Dream, Earthworm Tractors, and Alibi Ike. In his later career Brown starred in Some Like It Hot (1959), as Osgood Fielding III, in which he utters the famous punchline, “Well, nobody’s perfect.” 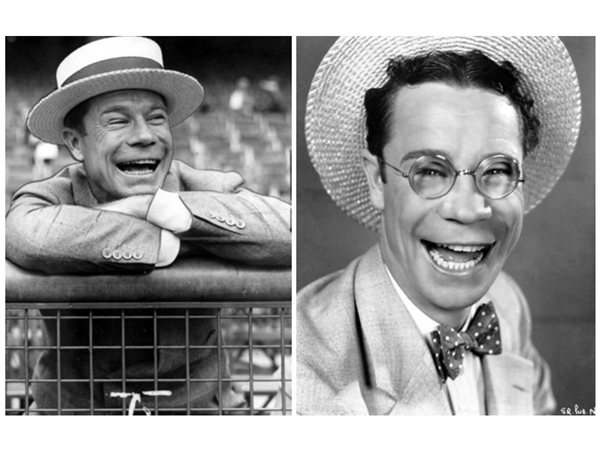 Can you tell who the woman is here with him? I’d recognize her anywhere.

10 thoughts on “Ripped At Sixty”