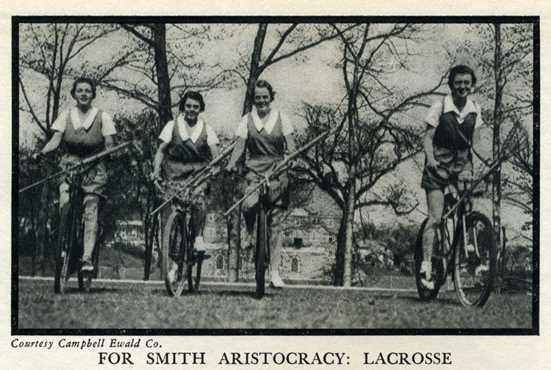 Old magazines did not mince words. This September 1933 Fortune magazine told it like it was. American bicycles were mostly for kids’ recreation. German women, however, used them to go fetch vegetables.

Strap your scarves on and off to market with you, proles!

Meanwhile, in America, nearly nude (especially in 1933!) women cavorted through neighborhoods on handlebars. What fun The Depression was! How could these gals have known that in only three months, Prohibition would be repealed by FDR, and everyone could toss their moonshine and swig legit ale? Happy days are here again!

3 thoughts on “Peasants Are Downers”