The stern-faced Miss Florence Stullken looks about as happy teaching typing to her class in 1937 as Miss Bass looked teaching my typing class over 40 years later. I did not like Miss Bass. She was tall and bony and ornery and she knew when you made an error because there was no delete button then, only White-Out, and that was messy. I despised when she taped a sheet of paper over my fingers so I couldn’t look at them, but by golly, I learned to type. And at one point, I was typing 80 wpm. But I haven’t taken a test in years.

My teen thinks he can type correctly; he can hunt and peck. But he (along with the other kids of his generation) never took a typing class. Or a cursive class. In fact, cursive genuinely stumps them. It’s like a foreign language.

But back in 1937, typing was part of “modern business administration,” as was this nifty machine. The fellow here is compiling and using statistics. For the life of me, I couldn’t tell you what he’s touching, although Monroe made it, and probably not in China. 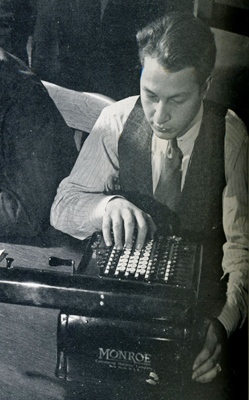 If you learned how to type properly (and your shorthand wasn’t bad), you could score a keen secretary job, like Miss Dorothy Ayres. 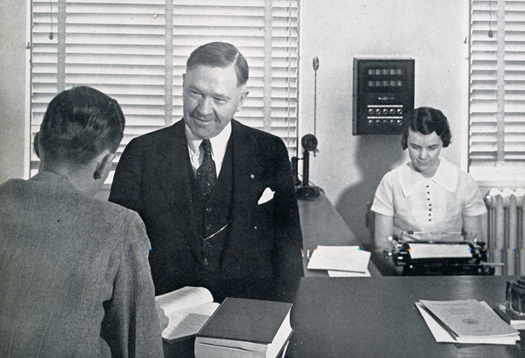 Just imagine answering only one telephone line. No monitor to stare at. No basic Freecell or Minesweeper to play during the tedium. Perhaps not even air-conditioning. Ignorant of what was trending because nothing was trending. No rock ‘n’ roll on the radio; she’d be grey-haired by the time rock became popular. It wasn’t until the next year that The Fair Labor Standards Act would even create a national minimum wage. But, hey, she was a woman with a job during The Great Depression, so she was doing pretty well.

And speaking of women doing well, here’s the inventor of Liquid Paper. Remember how it would clump and get sticky and eventually make the paper so wet that a hole would tear through? 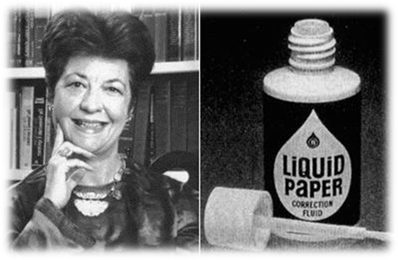 Yep, that’s Bette Nesmith Graham (mother to lanky Michael Nesmith, of the 1960s band The Monkees) who invented the first correction fluid in her kitchen in 1951.

These days, this rolling tape is much more user friendly. 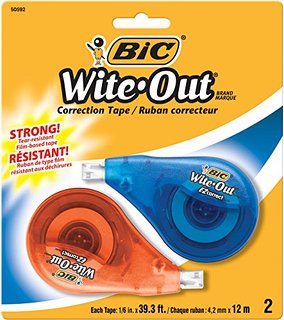 20 thoughts on “Before The Demise Of The Typing Class”