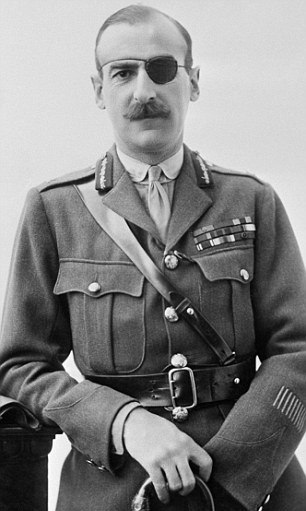 Sir Adrian Paul Ghislain Carton de Wiart (1880 – 1963) was a British Army officer who served in the Boer War, WWI, and WWII.  He was shot in the face, head, stomach, ankle, leg, hip, and ear; survived two plane crashes; tunneled out of a prisoner-of-war camp; and bit off his own fingers when a doctor refused to amputate them.

So let’s backtrack. Born in 1880 to an affluent family, he initially studied law at Oxford, but raging testosterone got the better of him and he quit the university in 1899 to get his fighting on in the Second Boer War, aka the Tweede Boereoorlog. He entered the army under the false name of “Trooper Carton”, and claimed to be 25 years old.

Carton de Wiart was sent to an invalid home after sustaining wounds to the stomach and groin, enough to keep a man down for…