Growing up, the closest I ever got to a haunted house was watching episodes of Scooby Doo on Saturday morning cartoons.  As a teenager, I visited facsimiles of haunted houses, made purely for Halloween profit.  But insofar as I’ve never seen a ghost, I don’t believe in them, nor haunted house.  But if by chance, they do exist, I imagine they reside in spooky homes like this, with broken windows and dilapidated porches with rusted railings.

This old Victorian mansion may appear innocent enough, with a fruit stand out front, and laundry blowing in the breeze.  But you know there are some kidnapping milk carton victims trapped in that upper bedroom.  Don’t you see their fingerprints on the panes?

You actually can see the child in the lower left portion of this tenement housing, so it’s a given those curtains upstairs are concealing various abducted persons.  The ones out front are just a cover.

This plantation house is creepy even in brightest sunlight.  No doubt the ghosts of former slaves are flying amongst the rotting shingles and crumbling chimneys.  The boy sitting on the stoop is merely an apparition. 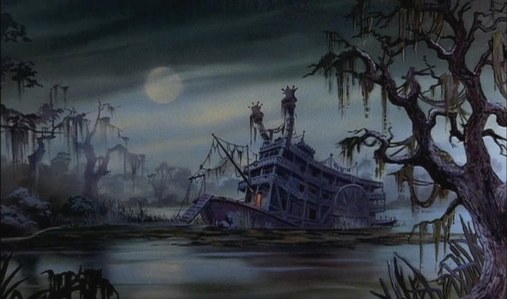 But this one gives me the williest of willies.  It’s not the broken windows nor decaying wood; it’s the fact that it appears to be tucked into a hillside, maybe in the recesses of some mountain community, where subspecies and dialects exist that you and I know nothing of.

I bet it looked fine in its glory days, but it’s time for the wrecking ball.  Make room for suburbia!